An inquest in Torquay into the death of a 16-month-old boy from Co Cork has found that a suicidal taxi driver deliberately drove into his family's car at speed.

Oisin Twomey died in the crash and his father Con died ten months later in hospital from his injuries.

The only survivor, Oisin's mother, Elber, received serious head injuries. She was 24 weeks' pregnant and lost the baby daughter she was carrying.

After the verdict, Ms Twomey called on UK police to review their procedures for dealing with distressed people.

Mrs Twomey said that while nothing could bring her family back, changes might prevent another family experiencing the extreme tragedy that she has suffered.

She has been challenging how police handled events leading up to the crash.

A barrister representing Devon and Cornwall Police had objected to Mrs Twomey making a statement to the coroner.

The barrister said the statement apportions blame to the police.

The Twomey family from Meelin in north Cork were on the final day of a summer holiday in the south of England on the afternoon of 6 July 2012.

They were around 5km from the seaside town of Torquay when Wojciechowski veered into the path of their Volkswagen Golf and crashed head-on into them.

Police were treating Wojciechowski as a high-risk missing person at the time.

A police car with its siren on and blue lights flashing was travelling behind him when the collision occurred. 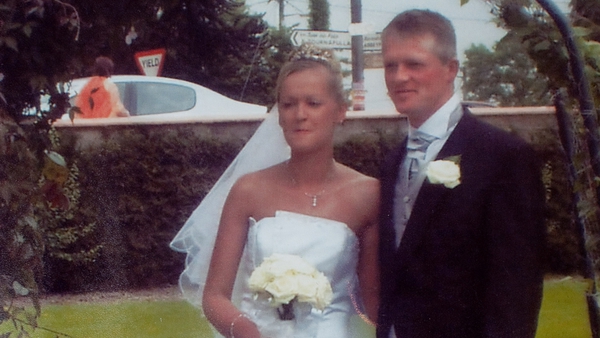