Baxter Healthcare is to seek over 100 voluntary redundancies at its manufacturing facility in Castlebar in Co Mayo.

The company is scaling back production of a number of lines at the site, including renal dialysis equipment.

It plans to reduce the numbers working on weekend shifts from 180 to 70.

It is understood that the 110 redundancies will be sought across the Castlebar operation.

Baxter employs in the region of 800 people at its manufacturing operation there.

The company said the decision to seek the redundancies is being made to "drive supply chain efficiency and provide flexibility in its global manufacturing network".

The majority of the redundancies will be implemented during the first quarter of next year.

Weekend shift workers are employed for two 12-hour periods on Saturday and Sunday.

They have been briefed by management about the plans to scale back production.

Staff on weekday shifts will be informed about the voluntary redundancies today.

Baxter will move some of its production operations from Castlebar to other European locations.

Production at another plant in Swinford, Co Mayo, where around 200 people are employed, is not affected by the move.

The production in Swinford is focused on making components that deliver intravenous solutions to patients.

A company spokesperson said this morning that operations in Co Mayo were an integral part of Baxter's network.

SIPTU is to meet management at the company tomorrow.

In 2011, the firm was forced to temporarily shut down some production in Castlebar following endotoxin contamination on an assembly line there.

The contamination led to temporary job losses at the time. 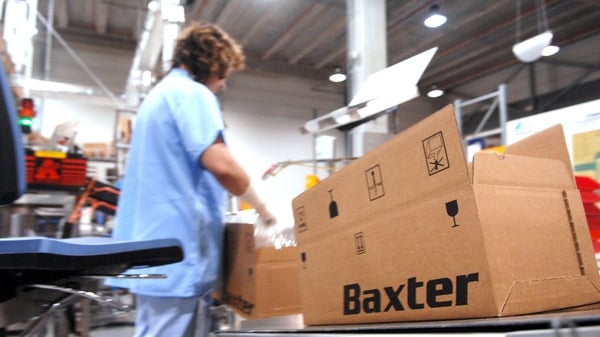