Minister for Education Ruairi Quinn has said the board of the Central Remedial Clinic should resign after it emerged public donations were being used to top up staff salaries.

Speaking on RTÉ's Drivetime he said: "I think the example they have given is utterly unacceptable.

"Everyone in the public sector has had reductions of pay, and certainly there's been a pay cap that voluntary organisations that receive substantial money from the taxpayer through the relevant Government departments are not an exception to that rule.

"Brendan Howlin and Michael Noonan have made that very clear."

He said if the board refused to go, and breaches of the pay cap continued, it would result in "consequential actions".

An organisation that supports parents of children with special needs has said parents were "disgusted" to discover public donations were being used to top up salaries at the CRC.

Speaking on her way into the Labour Party conference in Killarney this evening, Minister for Social Protection Joan Burton said the revelations about the CRC are disturbing at a time when Irish people make charitable donations on the lead into Christmas.

Speaking on RTÉ's Six One News, Independent TD Finian McGrath said the only way confidence could be restored in the organisation was a clean out at board level and a fresh start.

She said funds raised for the CRC were used to provide state-of-the-art facilities, but there were staff shortages and long waiting-lists for some therapeutic services.

Speaking on RTÉ's Morning Ireland, Ms Dempsey said she knew of some parents connected with the CRC, who had been involved in fundraising in the past, who would now be "pulling the plug" on their support.

She said these families were looking at their own financial situation and having to decide whether or not to prioritise a top-up to a salary or looking after their own family.

The CRC yesterday confirmed that money donated by the public is being used to top up salaries of some its staff.

The funds were raised by a separate company called the Friends and Supporters of the Central Remedial Clinic.

It admitted the additional salary amounts were over the Department of Health's consolidated pay scales.

Minister for Finance Michael Noonan has said the pay limits across the public sector also apply to voluntary organisations, which though voluntary are funded by the State and the same rules apply - that there should be no top ups.

He said Minister for Health James Reilly has written to all relevant organisations, some of whom have replied.

Mr Noonan also said all of these organisations are also subject to audit each year, and the Government policy is clear, that there will be no more top ups.

The CRC said the money contained in the fund is generated from a share of the operation of a lottery.

Dáil Public Accounts Committee Chairman John McGuinness said he intends to bring members of the CRC before the committee if a HSE report into top-up payments is not satisfactory.

Mr McGuinness said the CRC was in breach of Government pay guidelines and the 2004 Health Act, and it needed to account for public monies.

He said he expected to hear from the HSE before Christmas.

Speaking on RTÉ’s Morning Ireland, Mr McGuinness also said he believed that the practice of making top-up payments to the salaries of executives in agencies and voluntary hospitals was a serious problem “right across the health sector”.

"It's clear from correspondence that we've received that there would be a number of hospitals or agencies that would use their money in this way. I think that people will be surprised and disappointed that that is the case.

“For the agencies concerned, in terms of their collecting of public money like this and the volunteers that are involved, they will need clarity so that it doesn't affect their ability to continue with the services that are so vital."

Mr McGuinness also criticised the HSE and the Government's handling of the issue: "They (the HSE) simply turned a blind eye to an awful lot of these payments, an awful lot of the poor practice that was going on, and there was no real governance on their side.

"The Department of Health and the Department of Public Expenditure and Reform are also culpable in this because they did not ensure oversight in relation to these payments, and in fact did not give any permission or sanction to the agencies to pay these types of salaries, but yet they did not go along afterwards and insist on them complying."

Rights activist Donal Tolan said political will is required to ensure organisations like the CRC fully outline all sources of funding.

"It beggars belief that there hasn't been a political will to require accountability in terms of if I'm giving you funding, whether you're a theatre or you're a disability service, you have to be able to say to me what other funds or resources that you have," he said.

Meanwhile, Minister of State with responsibility for Disability, Kathleen Lynch said the Government is determined to ensure that public pay policy is respected and complied with across the health service.

In a statement issued this afternoon, she said the HSE is continuing its robust process of verification and clarification for all Section 38 organisations and intends to work with each agency to ensure full compliance with Government pay policy. 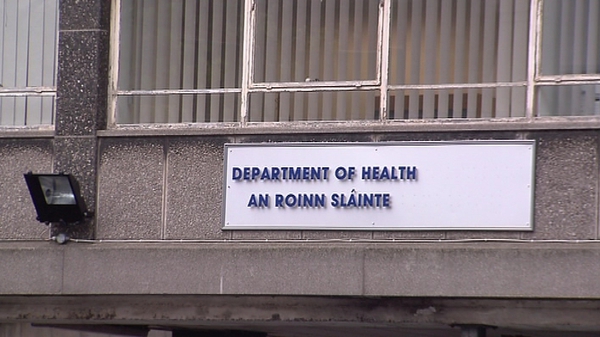