About 1,500 anti-government protesters have forced their way into the compound of the Royal Thai Army headquarters in Bangkok.

The move is the latest escalation in a city-wide demonstration seeking to topple Prime Minister Yingluck Shinawatra.

In another area of the city, hundreds of protesters have gathered outside the prime minister’s ruling party headquarters.

They accuse her of abusing her party's parliamentary majority to push through laws that strengthen the behind-the-scenes power of her self-exiled brother and former prime minister, Thaksin Shinawatra. 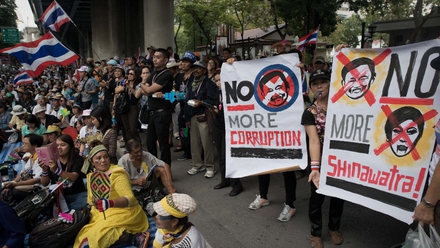 Protesters rejected her call yesterday for dialogue, deepening a conflict that broadly pits the urban middle class against the mostly rural supporters of Mr Thaksin.

The divisive billionaire was ousted in a 2006 military coup.

Protest leader Suthep Thaugsuban, a deputy prime minister in the previous government, told thousands of supporters occupying a state office complex late last night that "the end game will happen in the next day or two".

The prime minister has ruled out resigning or dissolving parliament, and appears intent on riding out the storm.

As tension mounts, her government has urged its supporters and the police to avoid confronting the demonstrators, who it says are running out of steam. 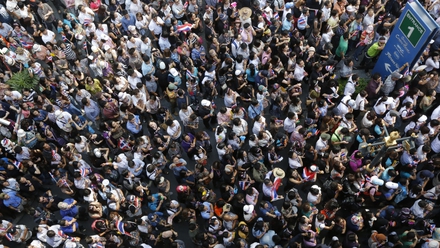 She had governed for two years without a major challenge until last month, when her party tried to push through an amnesty bill that would have expunged her brother’s 2008 fraud conviction and cleared the way for his political comeback.

The Senate rejected it, and it was then shelved, but the protests escalated, switching from a campaign against the amnesty to a bid to bring down the government. 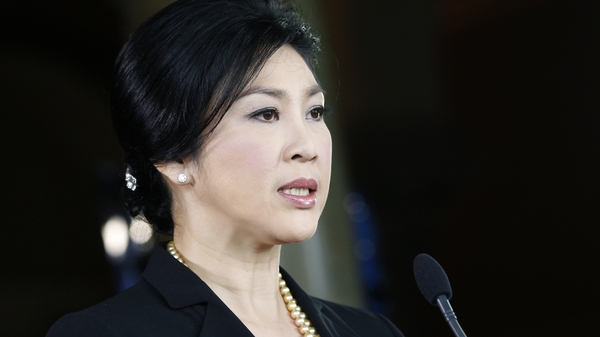