A meeting between ESB management and the ESB Group of Unions has ended with both parties still very far apart, according to unions’ general secretary Brendan Ogle.

It is the first head-to-head engagement between management and unions since staff voted to take industrial action.

Earlier today, the unions accused the company’s management of bringing it to an unprecedented industrial relations crisis.

Mr Ogle said described today’s meeting as very, very robust and involving strong exchanges of views, adding that the issues in dispute had crystallised around pension rights and entitlements.

In a submission delivered to management this afternoon, the unions claim current management has repudiated an assurance by former CEO Padraig McManus that restructuring proposals in 2010 would not dilute the ESB commitment to the pension scheme.

The submission, signed by all five unions, says that what it calls the "highly paid management" has broken faith with staff and exposed their representatives to public attack, while keeping themselves hidden away from accountability and scrutiny.

The ESB argues it has no further liability for deficits in pensions following a restructuring in 2010.

However, unions insist responsibility continues to lie with the company.

Unions have warned that if the row is not resolved, they will take industrial action from Monday 16 December, which would likely lead to power outages.

Several Government ministers have moved to reassure workers that the ESB scheme is among one of the most robust in the State.

However, Mr Ogle told RTÉ's Today with Sean O'Rourke earlier that the company's workers were "being held to ransom".

Mr Ogle said union members were carrying a risk of €1.6bn and that they were not willing to "wait for the money to run out".

Mr Ogle said the unions will work to ensure that strike action does not materialise in the run-up to Christmas.

Minister for Social Protection Joan Burton said ESB workers should not have concerns about their pension scheme being under-funded.

She urged the unions to think about older people and pensioners who fear their heat and light could be cut off in the run-up to Christmas and in the period afterwards.

She said she was confident the dispute would be sorted out. 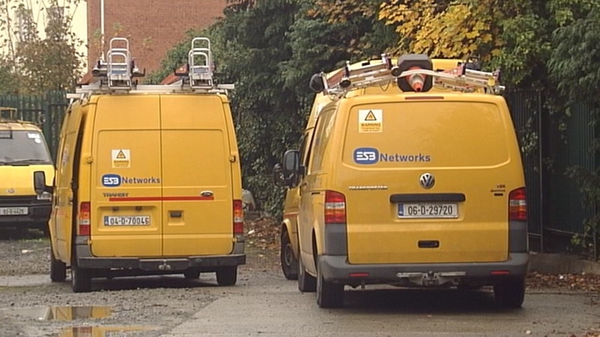