A mass vaccination programme is getting under way in the Philippines to immunise children affected by Typhoon Haiyan.

Around 33,000 children are being vaccinated against measles and polio, starting in evacuation centres in the devastated city of Tacloban and other hard-hit areas.

The World Health Organisation said children who have been made homeless or who are living in temporary shelter are at particular risk of contracting infectious diseases.

WHO Representative in the Philippines Dr Julie Hall said: "Measles can be deadly, especially in young children."

UNICEF medics are also assessing the risk of diseases in the numerous temporary shelters, where typhoon survivors have been camping out for more than two weeks.

Chinese medics have set up a field hospital in Tacloban to treat injured and ill survivors.

More than 5,200 people were killed when one of the world’s largest storms made landfall on 8 November.

It is believed that up to 4.4 million people have been displaced by Haiyan.

The UN has said life-saving assistance is still urgently needed, particularly food, water and shelter due to limited access and lack of long-term supplies.

It said it needs to raise over €300m to address those needs.

The relief effort has been aided by the arrival in the area of British carrier HMS Illustrious.

Seven helicopters are on board to help get the aid quickly into remote areas, Britain's Ministry of Defence said in a statement.

The carrier was around the Horn of Africa on counter-piracy operations when it was re-tasked with the humanitarian aid operation. 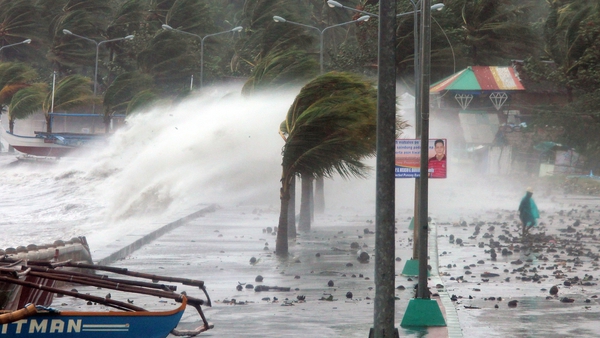