Statistics from the Economic and Social Research Institute show that the number of babies being born in Ireland continues to decline.

The number of babies born in Ireland each year has been declining since 2009 when 76,000 babies were born.

Ireland's birth rate is the highest in Europe versus the EU average of 10.4.

Germany had the lowest birth rate in Europe last year at 8.4.

Perinatal mortality rates in Ireland continue to decline at 5.9 per 1,000 live and still births last year.

Breast feeding levels remain low, with 40% of babies born to Irish women being breast fed compared to 75% for babies born to mothers from Europe and America.

The average age of women having babies was just under 32 last year up from 30.6 years a decade ago.

ESRI Professor Miriam Wiley said the tipping point for the birth rate in Ireland was reached in 2009.

Speaking on RTÉ's Morning Ireland, she said the slowing in birth rates last year could be due to a number of factors such as choice and age of the mother.

"Birth rates go up and down in time of recession ... the fact that we're seeing the slight ageing suggests a postponement factor."

Prof Wiley said there had been a significant reduction in the perinatal mortality rate over the last decade, which was an important indicator of the quality of obstetric services.

The research also showed that almost a quarter of births in 2012 were to women born outside Ireland, which Prof Wiley said was an interesting picture of the development of Irish society. 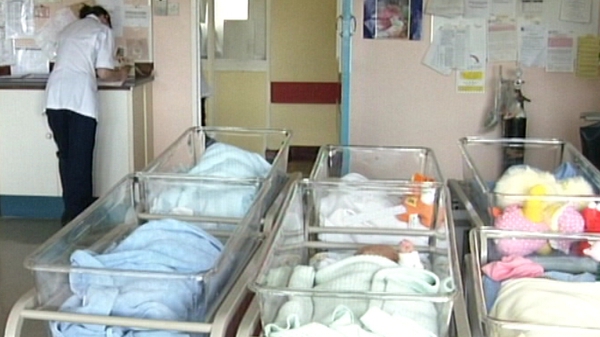