A dispute in Co Wexford has led to the crews of 15 large trawlers and fishing boats being laid off, with up to 100 people affected.

The owners of the boats say the fault lies with the Government.

A meeting took place in an attempt to sort through the issues.

The O'Flaherty brothers in Kilmore Quay operate one of the largest fleets of fishing boats on the south coast.

Last year, Seamus O'Flaherty gave away free fish on the quayside in an effort to highlight the regulation that fishermen are not allowed to bring ashore certain species of fish, especially if the boat's quota of catching such species has been reached.

In the past fortnight, skippers on two of the 15 O'Flaherty boats were questioned about allegedly breaking regulations.

Some of the boats have six crew members, all of whom have now been temporarily laid off.

Fishery protection officers are due to meet the O'Flahertys today in Cork. 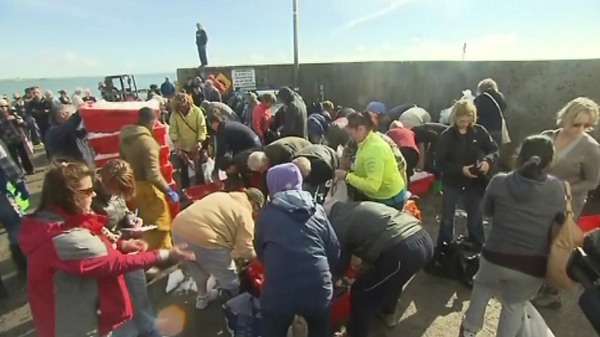