Unions say they will engage with management at Lufthansa Technik Airmotive next Monday to try to save as many of the 410 jobs at the plant as possible.

The company announced earlier that it was considering closing the aircraft engine maintenance facility in Rathcoole, Co Dublin.

The aviation maintenance company said its announcement followed a review of operations, in the context of declining revenues and a shrinking international market.

Mr Hall said the company had given the worst Christmas present ever to its employees.

He said that there are also concerns about the lack of job opportunities in this highly-specialised field.

Management is to enter a 30-day consultation process with unions from Monday.

Minister for Jobs, Enterprise and Innovation Richard Bruton said it was a difficult day for the employees and their families.

Speaking on RTÉ's Six One, Mr Bruton said the company is operating in a difficult market.

Minister Bruton said he has instructed the IDA to work with the company to ensure everything is done to find a solution either with LTAI or through whatever alternatives can be developed.

Unite official Willie Quigley pledged to do everything they could to save the plant and as many jobs as possible.

The company has recently been in dispute with staff over funding a pension deficit recently estimated at around €10m.

During the summer, union members at the company overwhelmingly rejected a proposal for the company to inject €12m to the pension scheme, while staff would have faced some increase in contributions and reduction in benefits.

Airmotive was founded in 1980 by Aer Lingus but became part of the Lufthansa Technik group in 1997.

At one point it employed 700 people though the workforce is now around 410. 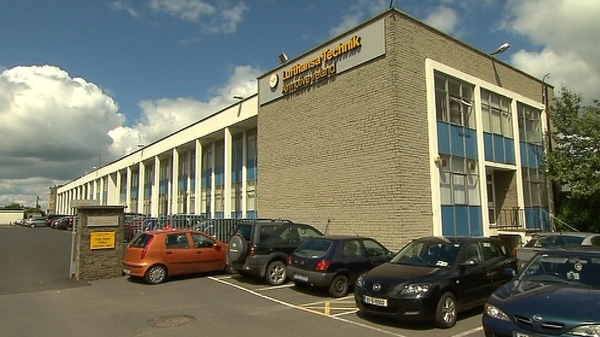