Albania has turned down a US request to host the dismantling of Syria's chemical weapons.

Prime Minister Edi Rama said it was "impossible for Albania to get involved in this operation."

Discussions to work out a detailed plan to destroy Syria's chemical weapons were put on hold while Albania considered the request.

Albania said it was ill-equipped to handle the disposal of thousands of tonnes of toxic waste.

In September, Syria agreed to destroy its entire chemical weapons stockpile in a deal brokered by Russia and the United States.

President Bashar al-Assad accepted the plan after Washington threatened to use force in response to a sarin gas attack that killed hundreds of people in Damascus on 21 August.

Albania's announcement marks a setback for the Russian-US plan to get rid of Syria's sarin, mustard and other nerve agents deemed too dangerous to eliminate amid the country's civil war.

Negotiations went down to the wire, delaying scheduled discussions of the plan at the Organisation for the Prohibition of Chemical Weapons  The Hague.

Just two months in the job, Mr Rama had faced a growing chorus of opposition and street protests against the request.

The decision comes on the deadline for a detailed plan to be agreed by the OPCW and Damascus. 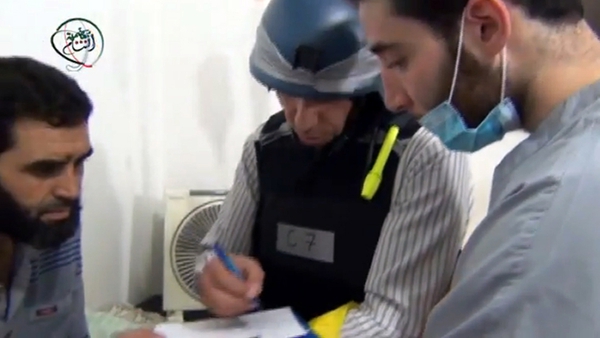