US Secretary of State John Kerry has called for a "temporary pause" on new sanctions against Iran.

He hopes the move will allow diplomats from six world powers, including the US, to negotiate with Iran and to test whether it may be possible to resolve a ten-year standoff over the Iranian nuclear programme.

Negotiations over the weekend between Iran and the major powers failed to reach an agreement.

Washington and its allies believe Iran’s nuclear programme may be designed to develop weapons - something Tehran denies.

"The secretary will be clear that putting new sanctions in place would be a mistake while we are still determining if there is a diplomatic path forward," Ms Psaki said.

"What we are asking for right now is a pause, a temporary pause, in sanctions," she added.

"This is about ensuring that our legislative strategy and our negotiating strategy are running hand in hand."

Negotiations between Iran and the six major powers - Britain, China, France, Germany, Russia and the US -broke off without an agreement and officials are scheduled to return to Geneva for a second round of talks on 20 November.

During the negotiations, French Foreign Minister Laurent Fabius said Paris could not accept a "fool's game" - in other words, one-sided concessions to Iran.

Diplomats from other Western nations at first reacted angrily, accusing the French of trying to upstage the other powers and causing unnecessary trouble for the talks.

However, Mr Kerry said yesterday that the major powers were unified on Saturday when they presented a proposal to the Iranians, and suggested it was the Iranians who were unable to accept the proposal on the table without consulting with Tehran.

But Iran’s Foreign Minister has hit back at Mr Kerry and blamed divisions between Western powers for the failure of the talks.

Mohammad Javad Zarif said that blaming Iran only served to undermine confidence in the negotiations which are set for another round on 20 November.

Mr Zarif denied the Iranian side was to blame.

"Mr Secretary, was it Iran that gutted over half of US draft Thursday night? and publicly commented against it Friday morning?" he asked on Twitter.

"No amount of spinning can change what happened within 5+1 in Geneva from 6pm Thursday to 5.45pm Saturday. But it can further erode confidence," he tweeted. 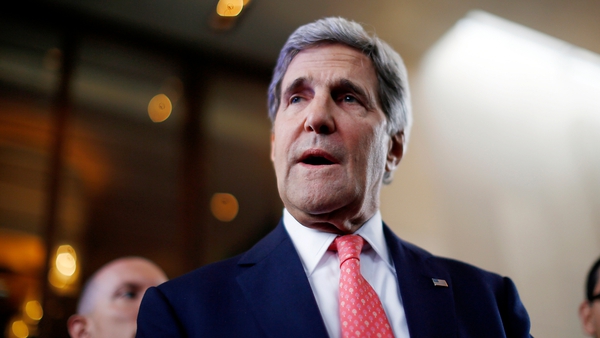