A demonstration has taken place outside Newbridge Credit Union following the announcement that it is to be taken over by Permanent TSB.

The credit union's 32,000 deposit accounts and 7,000 loan accounts will be transferred to the bank.

Newbridge Credit Union Action Group held a protest outside the premises in opposition to the takeover.

Following the demonstration, chairperson of the action group Willie Crowley told a public meeting that this was always what the Central Bank wanted for credit unions.

Addressing a crowd of around 60 people, Mr Crowley said the ethos of credit unions was being attacked and destroyed.

The group vowed to fight the decision and Mr Crowley called for a boycott of Government representatives in next year's local elections.

An information desk manned by three members of staff was set up at the branch to deal with customer queries about last night's High Court decision.

PTSB Director of Transactional Banking, Savings and Investments Niall O’Grady said the credit union did not see any significant changes or movements in deposits after it opened this morning.

He said it was business as usual at the branch and its 36 staff had been given a huge degree of certainty over their future.

He said all employment contracts would be completely honoured.

Mr O'Grady said the terms and conditions for loans and deposits remained exactly the same as they had been before the takeover.

Director of Credit Institution Supervision at the Central Bank Fiona Muldoon said there had been a history of issues at Newbridge Credit Union.

Speaking on RTÉ’s News at One, Ms Muldoon said poor lending decisions had been made at the branch.

Ms Muldoon said the Central Bank was working with the credit union movement to ensure that community lending principals were adhered to that it did not stray into high-risk, banking-style lending.

She would not be drawn on the scale of the exposure of problems in the broader credit union movement.

Chief Executive of the Irish League of Credit Unions Kieron Brennan has reassured members that credit unions are safe, strong and secure.

Speaking on RTÉ's Morning Ireland, Mr Brennan said that he could not comment specifically on Newbridge Credit Union as it is not a member of the ILCU.

However, he said he was confident that the rest of the movement was in a good position and the Government and Central Bank had confidence in it.

He also reassured members that savings up to €100,000 are protected by the deposit guarantee scheme.

"Credit unions are safe, strong and secure. We are very clear on that and we are backed by the Central Bank and the Minister for Finance."

PTSB said in line with credit union policy, it will make a payment to deposit holders in recognition of their support in recent months.

"We believe that the terms of the transfer will protect Permanent TSB bank from any financial risk in the transaction and this will enable us to focus our resources entirely on managing the Credit Union's deposits and loan book."

Reacting to last night's developments, Junior Finance Minister Brian Hayes said the priority for the Government was to protect savers, depositors and the membership base of the credit union.

Mr Hayes said the situation at Newbridge was exceptional and that it was important that members of the credit union remained with it.

He said if the liquidation route had been taken it could have caused untold misery and difficulties across the financial system. 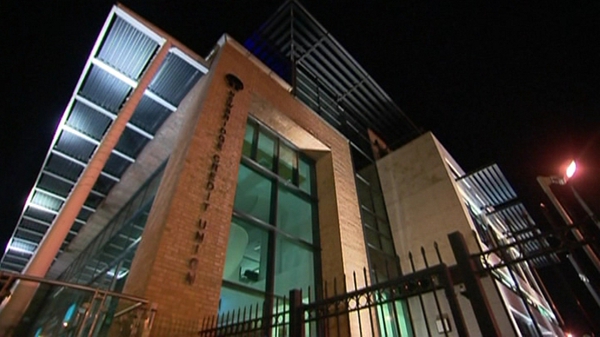