New Republic of Ireland football manager Martin O'Neill has said it is a privilege to be given the job and he is delighted to have Roy Keane as his assistant manager.

A relaxed and jovial O'Neill told a packed news conference at the Gibson Hotel in Dublin that the Ireland job was a great opportunity for him and he welcomes the pressure that comes with the role.

He said: "It's a genuine privilege and pleasure to be here today. It's a privilege being manager of the Republic of Ireland.

"I am genuinely excited by it. I am looking forward to it immensely and just really pleased to be here.

"I obviously have to thank John [Delaney - FAI Chief Executive] for choosing me and I hope in the next couple of seasons to try to live up to that."

O'Neill will take charge of the team for the first time this Friday when they play Latvia in a friendly at the Aviva Stadium.

His second game as manager will be against Poland in Poznan the following Tuesday.

The competitive games do not come around until the autumn when Ireland will begin the qualification campaign for Euro 2016 in France.

O'Neill said he would have liked to get some competitive games before then, but he denied that the extended 24-team European championship brought any extra pressure.

He said: "I wish there were some competitive games coming up more quickly than they are, but that's the nature of the business.

"But I think John has told me that it is my remit to get the team to France.

"My contract lasts for the duration of the time that the Republic are in the Euros and that is my driving ambition.

"I think there is pressure there of course, but it is something that I have been used to all my life. This is an opportunity here. A fantastic opportunity and it is one I would like to grab. I'm excited by it."

Much has been made of the decision to give the assistant manager's job to former Ireland captain Keane, who O'Neill said accepted the position in less than five seconds.

O'Neill joked that he will seek the advice of former Manchester United manager Alex Ferguson if Keane steps out of line.

Ferguson was severely critical of Keane in his recently published autobiography, particularly in relation to his acrimonious departure from Manchester United in 2005.

O'Neill said: "I think like all of us in the game, he has points to prove.

"I know how brilliant he was and I know how sometimes how polarised opinions can be with Roy, but I don't have a problem with that.

"If you are asking about over-shadowing, one of the greatest managers in the game finally decided that Roy was no longer wanted because he felt he was going to be over-shadowed.

"If he decides on the same thing, I might call Alex Ferguson up and see how he dealt with it."

However, Mr O'Neill was in a serious mode when praising his new assistant and believes the characteristics he displayed as a player and, now as a pundit on ITV, will be a huge asset as they seek to qualify for Euro 2016.

"But all told, I think it he will be great," said O’Neill. 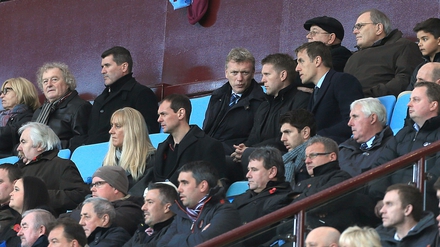 Keane's role within the management set-up has yet to be defined, but he was at Villa Park in Birmingham this afternoon to watch Aston Villa take on Cardiff City in the Premier League.

O'Neill said: "We obviously want to get to as many matches as possible. I don't think that is a problem with Roy, he goes to the games anyway.

"I'm not saying that John is the same temperament as Roy, but I don't intend to change Roy too much. I would maybe make the occasional adjustment if that's possible ... A little bit of volatility will do nobody any harm, I think, and Roy as well."

O'Neill will sit down to chat to captain Robbie Keane when he arrives in Dublin from Los Angeles early next week.

However, he failed to say if the record goalscorer and LA Galaxy striker would wear the armband for the upcoming campaign.

The new manager admitted he would also speak to his predecessor Trapattoni about his experience in the job, a man whose experiences he "values greatly".

On the subject of self-exiled or recently retired players, O'Neill said he would be more than willing to consider picking the likes of Stephen Ireland if they could improve the squad.

He said: "I don’t have a problem with that whatsoever. I would like to get these two games out of the way and start to assess it and have a look at it.

"Anybody who is going to be of value to the Republic of Ireland set-up here and is worthy of it, I would certainly have a very open mind.

"I think there are some very talented young players coming through."

Businessman Denis O'Brien is once again covering a significant part of the salary package for the management team, as he did for Trapattoni and his assistant Marco Tardelli.

Speaking on last night's Late Late Show, Delaney said the FAI had wanted to hire O'Neill for seven years and that his appointment represented a great week for Irish football.

Roy Keane
I am not there to change Roy Keane, not at all. I want Roy, essentially, the way he is. I think he is very, very keen and very excited by it. He wants to do well and that is good enough for me. 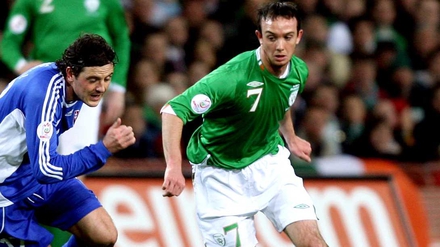 Return of exiled or retired players
In general, I don’t have a problem with that whatsoever. I would like to get these two games out of the way and start to assess it and have a look at it. Anybody who is going to be of value to the Republic of Ireland set-up here and is worthy of it, I would certainly have a very open mind.

Talent in group
We have some very talented young players in the side, gifted lads that I hope can go and express themselves. I am obviously dependant on my best players being available for me for the big games. 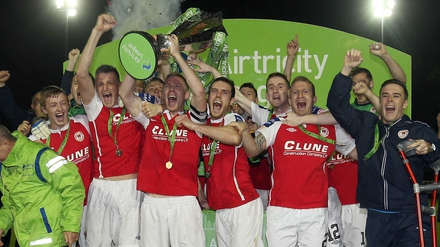 League of Ireland
Obviously, I want to try to see what is in this island and if there are some young players. I would like to see it because you never know there might be just some 18/19-year-old that perhaps someone has missed and you think he could do it.

Style of play
There is not a system that I am not aware of. There shouldn’t be at this particular stage of my life. At club level, we have, during different spells at different clubs, we have had different systems that I felt adapted and adjusted to the teams that I was picking. 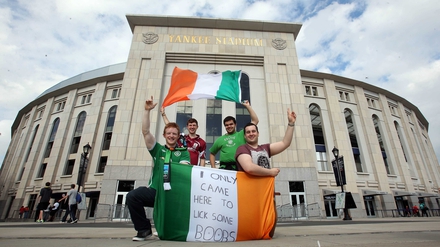 Fans
I am hoping obviously that they will come back and the only way for us to bring them back is to win some games and to win them with a little bit of style and a little bit of panache, if that is at all possible.