US Secretary of State John Kerry has said important gaps needed to be bridged in high-stakes talks with Iran on curbing its nuclear programme.

Mr Zarif described the meeting as productive, but said: "We have lots of work to do".

Shortly after arriving in Geneva earlier, Mr Kerry said: "I want to emphasise there is not an agreement at this point."

His comments tempered rising anticipation of a breakthrough that would reduce the risk of a Middle East war over Iran's nuclear aspirations.

"We hope to try to narrow these differences, but I don't think anybody should mistake there are some important gaps that have to be closed," he told reporters.

Iran spelled out a major difference soon afterwards, with a member of its negotiating team, Majid Takt-Ravanchi, telling Mehr news agency that oil and banking sanctions imposed on the country should be eased during the first phase of any deal.

The powers have offered Iran access to up to $50 billion (€37bn) in Iranian funds frozen abroad for many years, but ruled out any broad dilution of sanctions in the early going of an agreement.

Midway through the second round of negotiations since Iran elected a moderate president who opened doors to a peaceful solution to the nuclear dispute, Mr Kerry joined fellow big power foreign ministers in Geneva to help cement a preliminary accord, with Israel warning they were making an epic mistake.

Diplomats said a breakthrough remains uncertain and would in any case mark only the first step in a long, complex process towards a permanent resolution of international concerns that Iran may be seeking the means to build nuclear weapons.

But they said the arrival of Mr Kerry, British Foreign Secretary William Hague and French and German foreign ministers Laurent Fabius and Guido Westerwelle signalled that the five permanent UN Security Council members and Germany may be closer to an elusive pact with Iran than ever before.

Mr Kerry postponed trips to Algeria and Morocco to come to Switzerland.

Israeli Prime Minister Benjamin Netanyahu said it will not be bound by such an accord.

A senior Israeli official quoted Mr Netanyahu as saying that the agreement under consideration would bury "the possibility of having a peaceful resolution".

Israel has called for sanctions to remain in place until Iran has dismantled its entire enrichment programme.

"The President provided the Prime Minister with an update on negotiations in Geneva and underscored his strong commitment to preventing Iran from obtaining a nuclear weapon, which is the aim of the ongoing negotiations," the White House said.

"The President and Prime Minister agreed to continue to stay in touch on this issue." 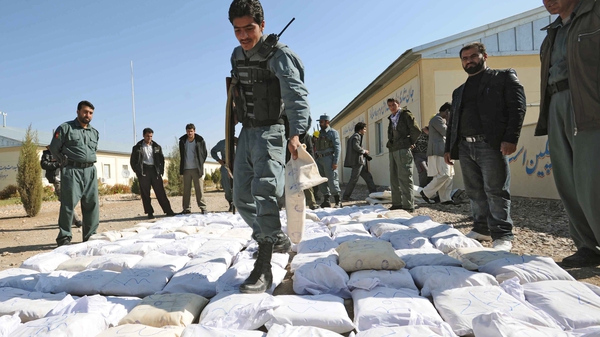