The Pakistani Taliban has said it will orchestrate a wave of revenge attacks against the government after naming hardline commander Mullah Fazlullah as its new leader.

The rise of Fazlullah, known for his fierce Islamist views and rejection of peace talks, by the Taliban shura, or leadership council, follows the killing of Hakimullah Mehsud in a US drone strike on 1 November.

"We will target security forces, government installations, political leaders and police," Asmatullah Shaheen, head of the shura, told Reuters from an undisclosed location.

"We have a plan. But I want to make one thing clear. We will not target civilians, bazaars or public places. People do not need to be afraid," Shaheen added.

Pakistan publicly condemns US drone strikes as a breach of its sovereignty but in private officials admit the government broadly supports them. Militants are mainly holed up in remote areas on the Afghan border where the army has no presence.

"Pakistan has full information about drone attacks," said Shaheen. "Pakistan is a slave of America. It is an American colony."

The Pakistani Taliban are fighting to topple the government and impose Islamist rule in the nuclear-armed nation.

Attacks have been on the rise since Mr Sharif came to power in May, a concern for global powers already unnerved by the possible security implications of the planned withdrawal of most US-led troops from neighbouring Afghanistan in 2014.

Mehsud and his allies had been tentatively open to the concept of ceasefire talks with the government, but Fazlullah, whose men were behind the attack on schoolgirl Malala Yousafzai last year, strongly opposes any negotiations.

No meaningful talks have taken place since Mr Sharif's election and Fazlullah's rise could signal the start of a new period of uncertainty and violence in the already unstable region.

The Pakistani Taliban have links with al Qaeda and are also allied with but separate from the Afghan Taliban. 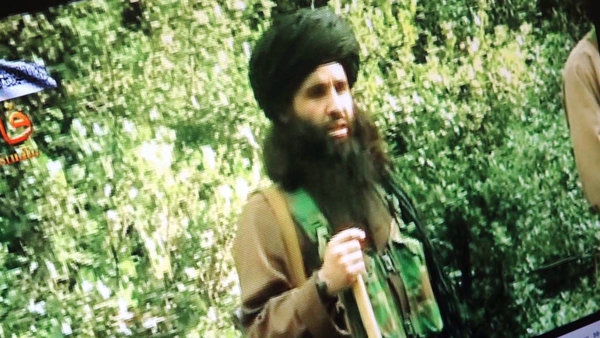