The Government has said that the economy would receive a boost from the move by the European Central Bank to cut eurozone interest rates by a quarter of a percentage point to 0.25%.

The move comes after a surprise drop in eurozone inflation to 0.7% in October, well below the ECB's target of just under 2%.

The bank last cut rates in May.

The ECB hopes the cut will weaken the euro, making exports more attractive and boosting activity.

Ireland's economic model is based on export growth, he said, adding that today's move and the suggestion that the value of the euro may decrease would both help Ireland's exports and grow the economy.

Mr Noonan said Ireland wanted interest rates to decrease and it would help Ireland's position as it goes back into the market.

It held the deposit rate it pays on bank deposits at 0% and cut its marginal lending facility - or emergency borrowing rate - to 0.75% from 1%.

The ECB also said it would prime banks with liquidity for longer to prevent the eurozone's recovery from stalling.

The 23-man governing council had faced intense market scrutiny after a shock slump in eurozone inflation in October.

"We may experience a prolonged period of low inflation to be followed by gradual upward movements towards an inflation rate of below but close to 2% later on," ECB President Mario Draghi told a news conference in Frankfurt.

"We have a whole range of instrument to activate before reaching the lower bound, in principle we could even cut further the interest rate." 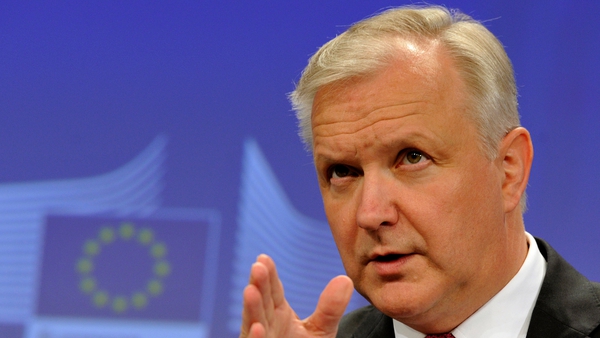