An armed convoy involving 39 Irish soldiers serving in the UN mission in Syria was caught in a cross fire between Syrian army personnel and anti-government forces this morning.

The convoy, which also included 24 non-Irish soldiers, was forced to return to its base.

Ten armoured vehicles were travelling as part of a security patrol and came upon fighting near the town of Durbol at around 9am local time.

A spokesman for the Defence Forces said that three artillery rounds landed near the vehicles, but they did not cause any damage and there were no injuries.

He said that at 10.30am local time it was decided to return the convoy to base in the Golan Heights on a different route.

The convoy got caught in a second exchange, during which about ten artillery rounds landed within 200 metres of the vehicles.

There was no damage to the vehicles and there were no injuries.

The spokesman said the convoy was not targeted and there was no concern about the incidents.

The troops are among 119 Irish soldiers serving with the United Nations Disengagement Observer Force in Syria. 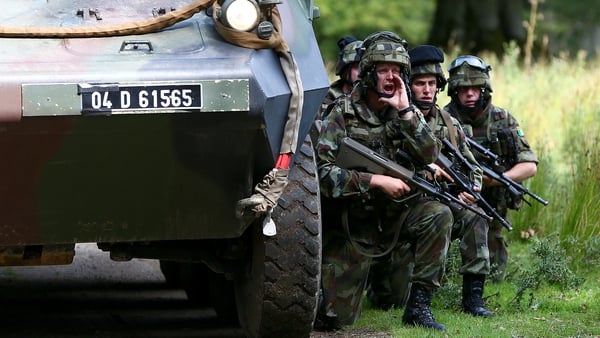