The private members' motion put forward by the Independent TD Luke "Ming" Flanagan on the regulation of cannabis was defeated 111-8 in the Dáil this evening.

During the debate, Mr Flanagan said there are myths surrounding the drug.

The Roscommon-South Leitrim TD outlined statistics he had gathered to counteract claims that cannabis is bad for people's health.

Mr Flanagan had urged TDs to vote for the motion because "it's going to be a wonderful thing for the country".

He also congratulated Fine Gael TD Paul Connaughton for his speech on the subject, which he said was "the bravest statement yet" from a Government TD.

Mr Connaughton had welcomed the debate and said it was wrong not to realise that cannabis is available in every town and village in Ireland.

Mr Connaughton said alcohol was just as big a problem and is an area that we need to focus on.

He said there has not been enough concentration in the Garda Síochána on the drugs unit.

She said prolonged use of cannabis brings about heart and lung disease and other issues.

Ms Mulherin described calls for cannabis regulation as "self-indulgence disguised as concern for the ill or the economy".

Labour TD Eamon Maloney said: "We should do something about the national drug [alcohol] before we bring another one upon us."

United Left Alliance TD Clare Daly welcomed the discussion and said she accepts that it is inevitable that cannabis will be legalised.

She said the debate will highlight the importance of cannabis for medical use.

Socialist Party leader Joe Higgins welcomed the motion and said he believes regulation would remove "cut-throat gangsters" from the scene.

Independent TD John Halligan said the illegal drugs trade makes up 8% of world trade and that he cannot support the legalisation aspect of the motion.

Minister for Health James Reilly said he had an issue with Mr Flanagan's attempts to have cannabis legalised, as it does have effects on health.

He cited studies in Sweden that showed the rise of schizophrenia. 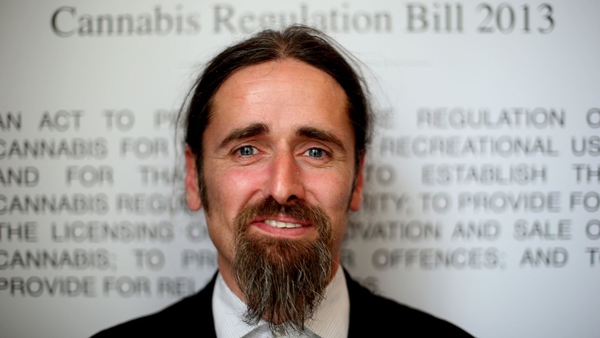