A senior EirGrid executive has said there is no medical evidence to support claims today that high-voltage power lines can be responsible for causing cancer.

Brendan Murray, Manager Transmission Projects, was responding to claims by Bill Fisher, who lives in Timahoe, and who said eight people living adjacent to 400KV power lines in the area had been diagnosed with cancer.

Another resident said there had been no proper consultation by EirGrid with local people and there was anger that scenic countryside could be destroyed by pylons and sub-stations.

Earlier, EirGrid was accused of threatening and bullying councillors who tried to write new measures into the Laois county development plan.

The measures would have forced all developers to put high-voltage power lines underground in future.

Today was the third day of An Bord Pleanála's hearing into proposals for new substations and high-voltage lines between Laois and Kilkenny.

Councillor Padraig Fleming accused EirGrid of threatening elected members of Laois County Council, who voted to include a measure in the new county development plan that all 440KV power lines should be buried underground in future.

Laois County Council took legal advice on the plan. After EirGrid subsequently proposed to take a judicial review of the new measures, the council voted against defending the proposed new development plan.

There were terse exchanges at this morning's hearings between local councillors and legal representatives for EirGrid.

When a barrister representing EirGrid challenged Cllr Fleming as to whether or not he was claiming there was a conflict of interest for him as a member of EirGrid's legal team, Cllr Fleming said he was merely asking the question.

The barrister said he was not prepared to give any additional CV information to the hearing or answer any questions about former clients.

Evidence was also heard from residents in Co Laois, who are opposed to the new substations and high-voltage lines. 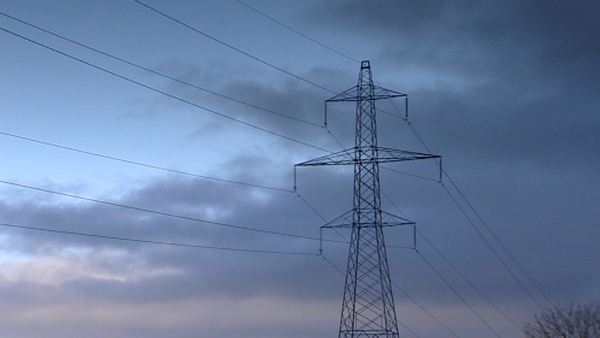 Senator John Whelan accuses EirGrid of being 'economical with the truth'