More details have emerged about a trove of Nazi-looted art found in a Munich flat.

German authorities said the art included works dating from the 16th Century to the modern period from artists such as Canaletto, Courbet, Picasso, Chagall and Toulouse-Lautrec.

Customs officials discovered the roughly 1,400 artworks during a search of the flat last year, according to Siegfried Kloeble from the city's customs investigation office.

He said media reports that authorities had failed to disclose the find for two years were wide of the mark and there had been no undue delay.

"When we looked through the flat we found numerous paintings," Mr Kloeble told a news conference.

"The paintings in this room were professionally stored and in a very good condition."

A Jewish group accused Germany of moral complicity in concealment of stolen paintings, after initial reports of the delay in disclosing the discovery of the huge trove of art.

The case poses a legal and moral minefield for authorities.

The Nazi regime systematically plundered hundreds of thousands of artworks from museums and individuals across Europe.

An unknown number of works are still missing and museums worldwide have held investigations into the origins of their exhibits.

Germany has faced criticism that the restitution process is too complicated and lacks sufficient funding.

Reinhard Nemetz of the public prosecutor's office in Augsburg said there were no plans to publish a list of the works online.

Instead, he said the authorities would welcome it if people who suspected the trove may contain paintings that rightfully belonged to their ancestors came forward.

Meike Hoffmann, an expert on art the Nazis branded un-German or "degenerate" and removed from show in state museums, said the works of art were of an "extraordinary aesthetic quality" and of high scientific value.

"When you stand in front of works that were long considered lost, missing or destroyed, and you see them again, in a relatively good condition - a little bit dirty but not damaged - it's an incredible feeling of happiness," she said. 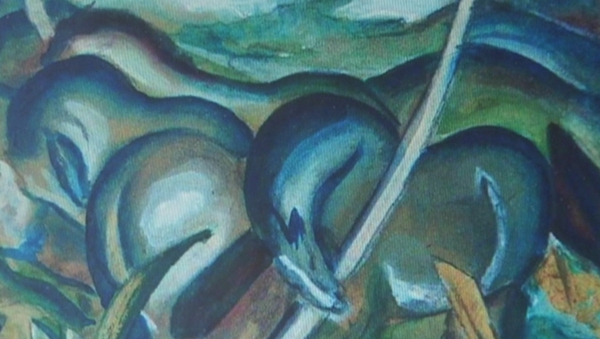