US Secretary of State John Kerry praised Saudi Arabia as a "very, very important" ally as he visited the Gulf Kingdom.

Mr Kerry is on a mission to soothe strains in the relationship over US policy on Iran, Syria and the Palestinian issue.

He met the Saudi foreign minister this morning and was due to have talks with King Abdullah later.

"We have very important things to talk about to make sure the Saudi-US relationship is on track, rolling forward and doing things that we need to accomplish," Mr Kerry said in remarks to US Embassy staff.

Washington's relationship with the Saudis was crucial as the region faced changes and challenges from the transition in Egypt to civil war in Syria.

"The Saudis are very, very important to all of us. The Saudis are really the senior player in the Arab world together with Egypt," he said.

Saudi Arabia is angry over what it sees as a weak foreign policy on the part of the Obama administration, which has allowed Israel to continue building settlements in the Palestinian territories and conflict to persist in Syria.

Saudi concerns are also partly founded on a fear that President Barack Obama's moves to reduce tensions with Iran will give Riyadh's main regional foe an opportunity to extend its influence in Arab countries.

Speaking before his meeting with foreign minister Prince Saud al-Faisal, Mr Kerry reiterated that the US was determined Iran would not get a nuclear weapon.

Mr Kerry's visit is his first since the Saudi intelligence chief warned last month of a "shift away" from Washington and said Riyadh's abdication of its seat on the UN Security Council was a message for the US.

A senior State Department official, who requested anonymity, played down suggestions of a major rift with Riyadh.

"We have a tremendous number of ongoing discussions, virtually on a daily basis, with senior Saudi officials," he said.

Riyadh is a leading supporter of the rebels fighting Syrian President Bashar al-Assad, who is a close ally of Iran. 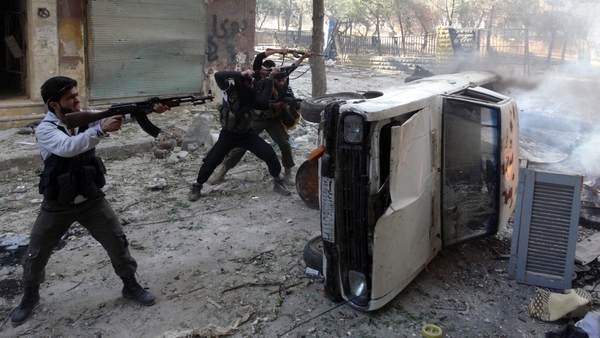