Dublin fire service has said it is having a busy Halloween night in the capital, dealing mainly with bonfires across the city.

No issues were reported as a result of water restrictions that have been imposed by the city council.

The Irish Fire and Emergency Services Association had said earlier that water restrictions introduced in Leinster yesterday could not have come at a worse time.

The association said the water shortage will put extra pressure on the service this Halloween and it is appealing to the public to be extra vigilant and responsible.

Dublin City Council said water restrictions will not impact on how the fire brigade deals with incidents tonight and reminded the public that all bonfires are illegal.

Dublin Fire Brigade said it has agreed procedures with Dublin City Council and contingency plans are in place if needed.

Water restrictions in counties Dublin, Kildare and Wicklow, affecting more than 500,000 people are expected to last until at least Monday.

A spokesperson for Dublin City Council said it may take "a couple of hours depending on location" for water supply to return to normal.

Speaking to RTÉ’s Morning Ireland, Engineer Michael Phillips said: "We turned it on earlier than 7am, but water is not like electricity where you flick a switch and it comes back on."

Mr Phillips said if households had been "wasting water with washing machines" large tanks may have been emptied and it would take time for supply to return.

He also said some homes may have airlocks, which is a separate problem.

Consumers can contact Dublin City Council's waterworks department if they have concerns.

The local authority has said water may be discoloured as a result of the shut-off.

Water that is cloudy is safe to drink, while water that is brown/orange/yellow can be resolved by running the tap for two to three minutes.

The council is advising consumers to catch the water in a bucket or basin and use it for any purpose other than drinking and cooking.

Restrictions will resume at 8pm this evening.

Minister for Environment Phil Hogan said it is not acceptable that a planned supply of water for the eastern region from the Shannon river may not come on-stream for a decade.

Minister Hogan was reacting to comments by a senior official at Dublin City Council, who said that it could be two or three years before the project goes to An Bórd Pleanála for approval and ten years before it becomes operational.

Speaking to RTÉ's News at One, Mr Hogan said that he believed the project which would see water piped from the midlands to the Dublin region would be delivered within the seven year target.

He said planning consultants would be appointed via Dublin City Council to advance the project.

He said that every effort was being made by engineers at the council to resolve what he said was an "unforseen technical issue" at the Ballymore Eustace water treatment facility.

The Minister said that the council could have handled public relations better.

He said the problem at the treatment facility was an issue that had not been seen or experienced before by the city council's engineer.

However, the minister insisted they were working hard at finding a solution to what was a complex problem.

Details on disruption to water supplies are available for each local authority. 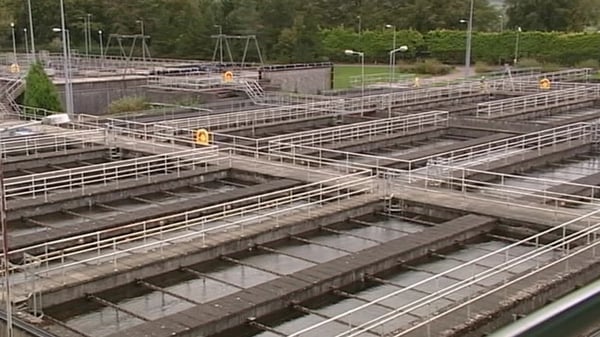