The bodies of 87 migrants have been found in Niger's north desert after they died of thirst just a few kilometres from the border of Algeria.

The bodies of the seven men, 32 women and 48 children were in addition to five bodies of women and girls found earlier.

All are believed to have died in early October after a failed attempt to reach Algeria that began in late September.

Nigerien officials said on Monday that dozens of migrants, most of them women and children, had died of thirst in the Sahara desert earlier this month.

Two vehicles were carrying the migrants when they broke down. One of them was about 83km from the city of Arlit in northern Niger, from where they had set off, and the other was about 158km away, a security source said.

"The first vehicle broke down. The second returned to Arlit to get a spare part after getting all the migrants it was carrying to alight, but it too broke down," said the source.

Niger is one of the world's poorest countries and has been hit by successive food crises.

Libya, rather than Algeria, is more frequently the favoured country of transit for west Africans making the journey across the continent, many of whom aim to travel on to Europe.

The UN's Office for the Coordination of Humanitarian Affairs estimates that at least 30,000 economic migrants passed through Agadez, northern Niger's largest city, between March and August of this year. 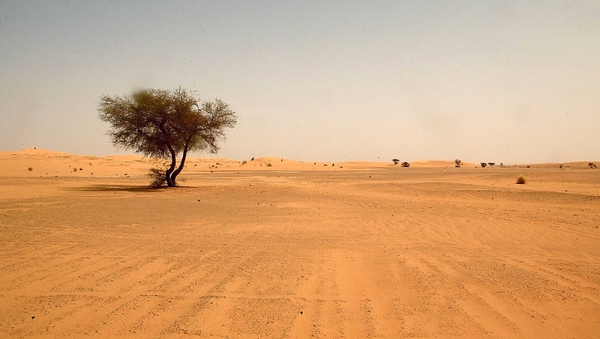