At least seven people died in Germany while there were four deaths in Britain and fatalities in the Netherlands, Denmark and France.

The storm brought down trees, blew roofs off houses and turned over trucks, causing chaos across much of the region.

In Germany, falling trees killed several drivers, at least one man drowned and a 66-year-old woman died when a wall collapsed on her.

The storm had barrelled in overnight, with gusts of up to 160 kph, leaving a trail of damage across parts of southern Britain, before heading eastwards into mainland Europe.

Winds of more than 150kph swept across the low-lying Netherlands, killing two.

Uprooted trees smashed cars, homes and sank a houseboat on an Amsterdam canal.

Roofs were blown off buildings and several houseboats were ripped from their moorings, police said.

A woman died in Amsterdam when a tree fell on her. A 24-year-old man who was struck on the head by a branch while cycling in the central city of Veenendaal died in hospital.

France sees waves of up to six metres

In France, a 47-year-old woman was found dead after being swept out to sea during a cliff walk on Belle Ile, an island off France's northwestern Brittany coast where the high winds generated waves of five to six metres.

Winds topping 100kph struck the north and northwest of the country felling trees, whipping up seas and cutting power supplies to around 75,000 homes, according to the ERDF electricity distribution company.

Gusts - in places above the 33 meters per second classified as hurricane force - battered Scandinavia from mid-afternoon,closing the bridge between Sweden and Denmark and paralysing road and rail transport.

A Danish man was killed in Gilleleje, north of the capital Copenhagen, by a collapsing wall and a woman was injured when she was trapped under a fallen roof in the province of Jutland.

As evening fell there were no reports of injuries in Sweden but widespread reports of damage with roofs blown off buildings and trees and overturned trucks blocking roads.

A ferry ran aground off Karlskrona on southwest coast, but the Swedish Maritime Administrations said the 33-man crew were not in danger.

A man from Waterford and three other people have died and hundreds of thousands of homes have been left without power as hurricane-force conditions battered Britain.

Donal Drohan, 51, originally from St John's Park, Co Waterford and living in Harrow was killed when a tree fell on his car at around 6.50am.

Tributes have been paid to "a loving husband and father of three."

Mr Drohan was said to have been in the "wrong place at the wrong time" as strong winds ripped through southern England.

His family said: "He was the best husband and father anyone could wish for. You couldn't find anyone who had a bad word to say about him."

Leader of Harrow Council, Councillor Susan Hall said: "Donal was one of our public realm managers and had worked for us for nearly 25 years."

She said: "He was always cheerful, and passionate about his job keeping our streets clean."

In Hounslow, west London, a man and a woman have died following a suspected gas explosion.

In Kent, a 17-year-old girl was also killed after a tree fell onto the caravan she was sleeping in at Hever.

Elsewhere, a 14-year-old boy is feared dead after being swept into the sea in rough weather in East Sussex.

Prime Minister David Cameron said the loss of life as a result of the storm was "hugely regrettable".

Both Ryanair and Aer Lingus are anticipating a return to normal schedules tomorrow.

Director of Communications at Aer Lingus Declan Kearney said: "The storm appears to have passed through England and we anticipate no further disruption to the schedule.

The company is advising customers to check before travelling, as weather conditions are being assessed on a regular basis.

For up to date information for travel services between Ireland and Britain: 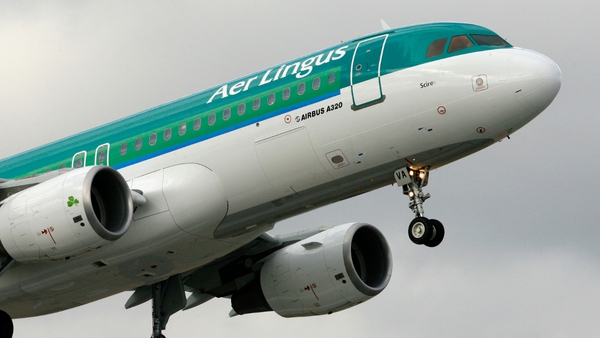