The first national audit of stillbirths and the deaths of babies within four weeks of being born has been published.

It indicates that there were almost 500 perinatal deaths in Ireland during 2011, with stillbirths accounting for the majority of these.

The audit was published by the National Perinatal Epidemiology Centre based in Cork and is a first for the country.

The centre works with Ireland’s 20 maternity units to bring about improvements in maternity services.

Each of the maternity units reported detailed information to the centre whenever it recorded a perinatal death - a stillbirth or neonatal death occurring up to 28 days.

The audit shows that major congenital anomaly - such as the brain not developing - was the most common cause of death.

However, the experts who compiled the audit have called for access to specialist perinatal pathology services in each health service region to reduce the mortality rate further.

One of the audit's lead researchers said maternity services in Ireland are providing a "very good quality of care".

Professor Richard Greene said that despite "much press" in recent times, the report showed that services in the Republic compared favourably with elsewhere in Europe.

In 2011, the perinatal mortality rate in the Republic was 6.1 per 1,000 births, which Prof Greene said fell very close to the lower end of Eurostat range for Europe, which is 4.1 deaths per 1,000 births.

Prof Greene said the audit differed from perinatal death statistics compiled by the ESRI, in that it goes into the background and clinical details of patients, and the causes of the deaths.

The audit found that a quarter of babies who are stillborn, and half of those who die in the first week of life, have major congenital abnormalities.

The death rate is also higher in mothers agrf over 40, the unemployed and socially deprived, which Prof Greene said was in line with international standards.

The audit found a four-fold variation in perinatal mortality rates across different maternity units across the country (which were not named for confidentiality reasons) with the highest rate of 9.1 deaths 1,000 births, which Prof Greene said was still within the Eurostat norm.

However, he said the variation among maternity units merited further investigation. 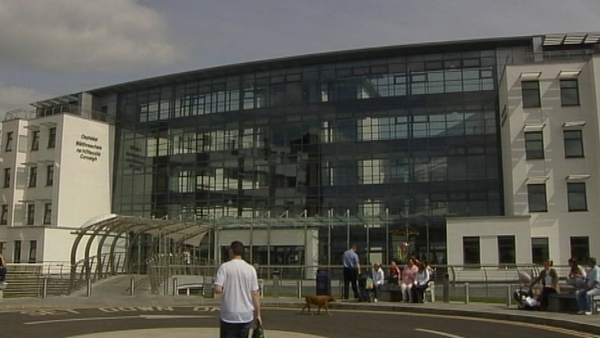