France has summoned the US ambassador to protest allegations of large-scale spying on French citizens by the US National Security Agency.

The allegations that the agency was collecting tens of thousands of French telephone records risked turning into a diplomatic row just as US Secretary of State John Kerry arrived in Paris for the start of a European tour over Syria.

US Ambassador to France Charles Rivkin declined immediate comment but stressed that US-French ties were close.

"This relationship on a military, intelligence, special forces ... level is the best it's been in a generation," Mr Rivkin told Reuters as Mr Kerry arrived in Paris.

"We were warned in June (about the programme) and we reacted strongly but obviously we need to go further," Mr Fabius said.

"We must quickly assure that these practices aren't repeated."

The NSA's targets appeared to be individuals suspected of links to terrorism, as well as those tied to French business or politics, Le Monde wrote. 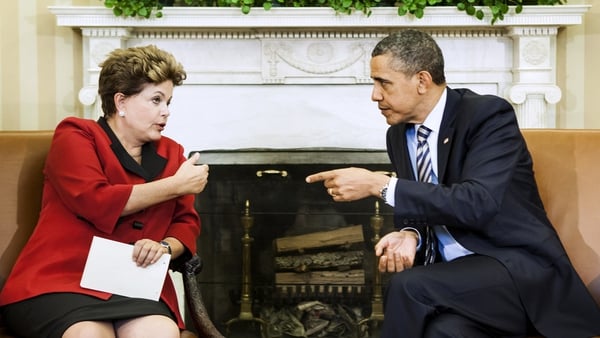 New claims US spied on Brazilian and Mexican leaders