Fáilte Ireland has presented an upbeat assessment of the tourist sector saying business sentiment is at its highest since the economic crash in 2008.

In a survey of over 750 different tourism businesses taken in September, 58% of restaurant respondents reported an increase in tourist business.

Over two-thirds of hotels, 58% of guest houses and 46% of B&Bs said they were busier.

As well as the good weather, the Government's Gathering initiative was cited by six out of ten businesses as a factor for increased trade.

The study is welcome news following difficulties Fáilte Ireland revealed with the British market in a study a year ago.

The study indicated a drop of over 50% in holiday trips made to the Republic of Ireland from Britain between 2006 and 2011.

Fáilte Ireland chief executive Shaun Quinn said the latest survey showed that the "tourism tide is very much on the turn" and paid thanks to Government initiatives.

"For us in Fáilte Ireland, these findings are clear evidence the Gathering as well as recent Government initiatives have helped to provide the jump-start we hoped they would.

"In a week which has seen tourism come out strongly in the Government's Budget for 2014, we are now in a much healthier and positive place to build on this momentum," said Mr Quinn.

Welcoming the figures, Minister of State for Tourism Michael Ring maintained the Budget will help the tourist sector further. 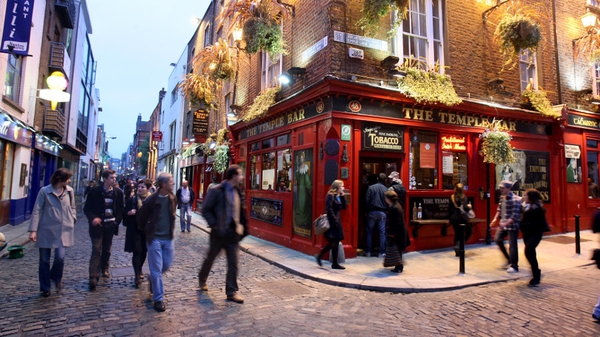 9% VAT rate to be retained for tourism industry