Former US spy agency contractor Edward Snowden said he did not bring any secret US files with him to Russia.

The fugitive told the New York Times he gave all the documents he took from his National Security Agency job to journalists he met in Hong Kong before flying to Moscow and said he did not keep copies for himself.

Taking the files to Russia "wouldn't serve the public interest," he said in an interview with the newspaper.

The 30-year-old, who worked for a contractor as a systems administrator at a NSA facility in Hawaii, was the source of disclosures that included details about spying programmes under which the US collects vast amounts of information, such as telephone and internet records worldwide.

His actions have polarised public opinion in the US, where many have been outraged by the extent of government snooping.

But others have labelled him a traitor for stealing information from the NSA after vowing to respect its secrecy policies and fleeing first to China and then to Russia, allegedly with classified US data.

The US wants his return to face espionage charges.

The former contractor also told the newspaper he believed he was able to protect the documents from Chinese spy agencies because he was familiar with China's intelligence capabilities.

He said he feels he has boosted US national security by prompting a public debate about the scope of US data collection.

Returning home from visiting his son at an unknown location in Russia, Mr Snowden's father Lon said that his son had more secrets to share however.

"There's much more to be shared," Lon Snowden said.

Staying in Russia, Mr Snowden said, allows his son "to continue to push these issues forward, to make sure the true story is told".

"He's not a fugitive. He's a legal asylee of the Russian Federation and the press needs to get that right and I think our government understands that at this point."

Asked what he told his son during the visit, Mr Snowden told reporters in New York: "To stay, but that's my advice. It's not necessarily what my son will do. He's comfortable. He's happy. And he's absolutely committed to what he has done." 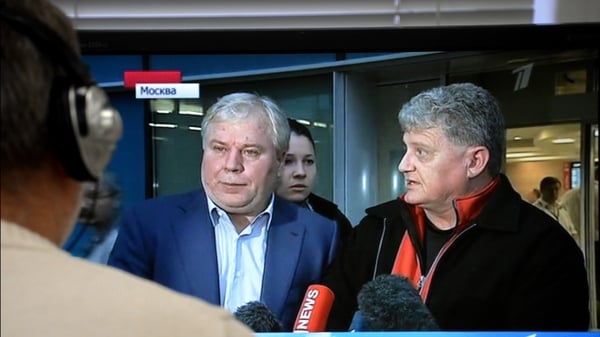