The United Nations has appealed for more troops and helicopters so that its peacekeeping mission in Mali can effectively stabilise the north of the country.

The UN force, known as MINUSMA, is protecting civilians from attacks by Islamist extremist and armed groups.

It assumed authority on 1 July from a UN-backed African force in Mali.

But while the UN Security Council mandated a 12,600-strong force, there are only about 5,200 troops on the ground.

He said: "The mission lacks critical enablers - such as helicopters - to facilitate rapid deployment and access to remote areas to ensure the protection of civilians."

A report by UN Secretary-General Ban Ki-moon said that to reach its authorised strength, the force still needs two infantry battalions, an airfield engineer company for the rehabilitation of the airstrips in northern Tessalit and Kidal, an information operations unit and a special forces company.

The mission was dealt a blow by the withdrawal in August of approximately 1,200 Nigerian troops, who returned home to fight their own home-grown Islamist insurgency.

Last month, about 150 Chadian troops abandoned their posts in protest at the length of time they had served and demanded their rotation be speeded up.

A successful seven-month-old campaign by France to destroy the Islamist enclave has killed hundreds of fighters linked to al-Qaeda.

France still has 3,200 soldiers in Mali, aiding the UN peacekeepers against Islamist threats, but plans to reduce that number to about 1,000.

"It's a success story. When you look at where Mali was last year, it was a country collapsed, it was a country where the terrorists were moving towards the capital," French UN Ambassador Gerard Araud told reporters after Mr Koenders's briefing.

"But we have to be vigilant, we know we will face problems down the road, we know that the terrorists have not been eradicated," Mr Araud added.

National elections were held in July and August.

Ibrahim Boubacar Keita, a former prime minister, was elected by a landslide with a pledge to reunify the country and restore its pride.

Legislative elections are due to take place in November. 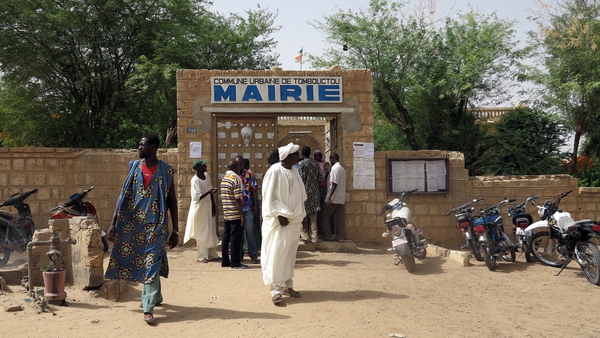