US President Barack Obama has said "Americans are completely fed up with Washington" a day after the latest fiscal impasse was narrowly averted.

Mr Obama also called for talks with Congress on the budget, immigration and farm legislation.

He was speaking hours after he signed into law a hastily arranged bill to end a 16-day government shutdown and head off a debt default.

Mr Obama said events over the last two weeks had inflicted "completely unnecessary" damage on the US economy.

The weeks of political brinkmanship had also unnerved global markets.

Hundreds of thousands of federal workers, the bulk of whom had been idle for the past 16 days, returned to work today after the deal.

The down-to-the-wire deal, however, offers only a temporary fix and does not resolve the fundamental issues of spending and deficits that divide Republicans and Democrats.

It funds the government until 15 January and raises the debt ceiling until 7 February.

Americans still face the possibility of another bitter budget fight and another government shutdown early next year. 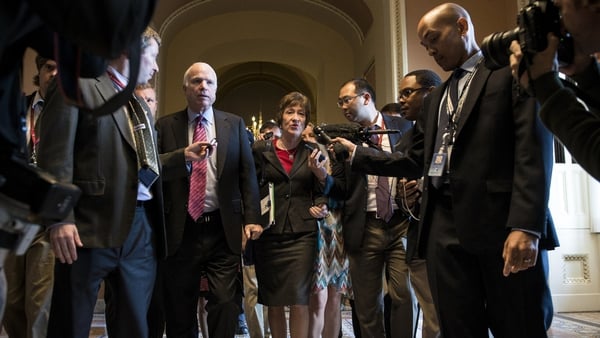