The Government has announced the allocation of €10m to repair homes damaged by pyrite.

However, it is not going ahead with the plan to impose levies on quarry owners and the insurance industry.

Minister for the Environment Phil Hogan announced the funding in a statement that described pyrite as another building scar from the Celtic Tiger era.

Its calculated that it will cost a total of €50 million to repair the estimated 1,000 houses in need of immediate attention.

The balance of €40 million will come from the government's Capital Stimulus Programme over the next two years.

This will cover the cost of repairs, temporary accommodation for residents and furniture storage but it could be up to nine months before the first works start.

Minister Hogan said he was disappointed with the co-operation of the insurance industry and HomeBond in particular.

He said there are still legal cases outstanding with one before the Supreme Court and depending on the outcome of these the Government could still realise some of its costs from the parties involved.

A spokesperson for the department said legal difficulties prevented a levy on the construction and insurance industries.

Today's statement acknowledged that the present difficulties were caused by the decision of HomeBond to withdraw cover in 2011.

It is estimated there are a total of 12,250 homes affected.

Speaking on RTÉ's News at One, Mr Hogan said the State would cover some of the ancillary costs for householders, including vouched costs for alternative accommodation for the six-to-seven weeks needed to allow work to be done.

He said it would take two years for work on 1,000 acutely-affected homes to take place.

"This is a scheme of last resort. This is not a compensation scheme. This is to help people who through no fault of their own were unable to get remediation up to now," he said.

He also said he expected that those who had already resolved problems themselves would have entered into satisfactory arrangements with their builder to fix the problems.

Mr Hogan said new regulations from next March would mean problems with lax regulation during the Celtic Tiger years would mean that a similar pyrite problem would not happen again.

Sandra Lewis of the Pyrite Action Group said there were some people who funded repairs from their own means and who will not be eligible for the measures being made available by the State.

Speaking on the same programme, she said home owners in their 30s have "either re-mortgaged or borrowed to do that work".

She added "we've had an older couple saying to us they spent their life savings trying to do that work". 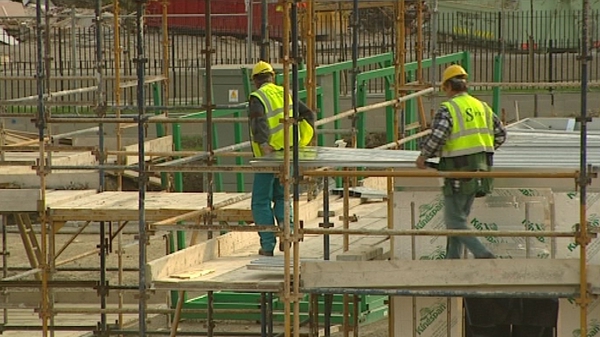