The Department of Health has secured funding in the 2014 Budget for the introduction of free GP care for children aged five years and under next year.

Around 240,000 families are expected to benefit from the scheme.

Estimated costs of the initiative range from €40m to €1.7bn

The measure will require legislation before it can be implemented.

Free GP care will not cover medicines that may be prescribed for those aged five and under.

A tightening of the existing income thresholds for medical cards is expected to help contribute towards the cost of the new plan.

The scheme is part of the Government's phased move towards free GP care for all.

The overall health budget in 2014 is expected to be cut by several hundred million euro next year.

The National Association for General Practitioners has welcomed the announcement.

Chairman Dr Andy Jordan called on the Department of Health to immediately appoint a health economist to present a financial overview to get the scheme right.

However, Chairman of the Irish Medical Organisation's GP Committee Dr Ray Walley described the move as a "publicity stunt".

Speaking on RTÉ's Today with Sean O'Rourke, Dr Walley said there was no health evidence that children under five were being discriminated against.

He questioned why the children of barristers, judges, doctors and teachers should receive a medical card if they have the resources to pay for GP visits while others were losing their discretionary medical cards.

Dr Walley said he was shocked at the decision and said the Government has indicated it is going to tighten up the medical card scheme "by which they are going to fund this".

The Government last night signed-off on the 2014 Budget, which will be revealed in the Dáil tomorrow.

At a Cabinet meeting that lasted over three hours, ministers finalised details of the Budget, which will consist of taxes and spending cuts totalling €2.5 billion.

Minister for Public Expenditure and Reform Brendan Howlin said the overall shape of the Budget has been agreed, except for a few minor tweaks.

The minister said it took considerable time to finalise because it was important that all at Cabinet could go through the details line by line.

All the expenditure reductions were difficult but the Government has tried at all times to be fair, he said.

Asked if this Budget could give anything back to people, the minister said he hoped there would be a few surprises tomorrow.

The Economic Management Council, which is made up of Taoiseach Enda Kenny, Tánaiste Eamon Gilmore and Minister's Michael Noonan and Brendan Howlin, also met today to finalise details for the Budget and in particular the tax measures.

The Cabinet is due to meet at around 12pm tomorrow ahead of the Budget being presented in the Dáil.

The Irish Medical Organisation has warned that the expansion of categories of patients covered by the medical card scheme must not come at the cost of reduced cover for core low income groups.

The IMO said that measures such as tinkering with eligibility criteria or delaying medical card renewals might make sense to an economist, but were a grave injustice to a low-income family struggling to make ends meet.

It has also warned against any increase in prescription charges.

Meanwhile, Tom O'Dowd, Professor of General Practice at Trinity College Dublin, has said the introduction of free GP care for under-fives will be beneficial to all parents, regardless of their financial status.

Speaking on RTÉ’s News at One, Professor O'Dowd said the scheme will be helpful to all households, especially those who have to make tough decisions when it comes to healthcare. 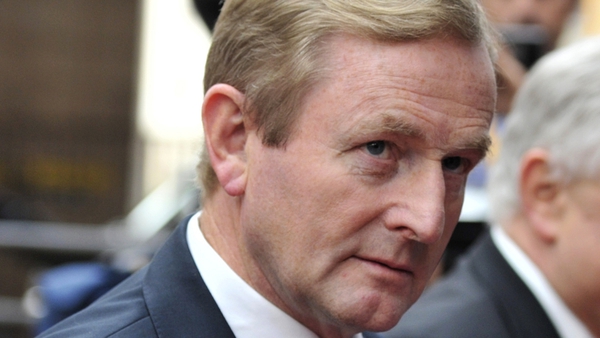