Syrian rebels killed at least 190 civilians and took more than 200 hostage during an offensive in Latakia province in August, Human Rights Watch said this morning.

The rights group said it is the first evidence of crimes against humanity by opposition forces.

HRW said many of the dead had been executed by militant groups, some linked to al-Qaeda, who overran army positions at dawn on 4 August.

They then moved into ten villages nearby where members of President Bashar al-Assad's Alawite sect lived.

In its first government-sanctioned trip into Syria during the conflict, New York-based HRW has documented a series of sectarian mass killings by Mr Assad's enemies during a broader campaign in which western-backed rebels took part.

In some cases, entire families were executed or shot as they fled, according to a report titled You Can Still See Their Blood.

HRW identified five rebel groups instrumental to funding, organising, planning and carrying out the Latakia attacks, including the al-Qaeda-linked Jabhat al-Nusra and Islamic State of Iraq and the Levant groups, as well as the Islamist group Ahrar al-Sham and another unit of foreign jihadi fighters.

These groups publicised their involvement through videos and statements, some of which were used to corroborate the HRW report.

The operation appeared to have been largely financed by private Gulf-based donors, HRW said.

What is less clear is the role of fighters from the Free Syrian Army (FSA), the armed wing of the main opposition coalition, which is openly supported by the US, Britain, France and Sunni Muslim Gulf states.

In a video posted on 11 August and apparently filmed in Latakia, FSA chief Salim Idriss said the body was participating in the offensive "to a great extent".

But HRW researcher Lama Fakih, who spent several days in Latakia province in September and spoke to residents, soldiers, militiamen, doctors and officials, said she could not confirm if the FSA were present on 4 August when the atrocities took place.

They have carried out sectarian attacks, including killing up to 450 civilians in two massacres in mainly Sunni Muslim areas in May, according to UN officials.

The opposition and rights groups accuse the government of a chemical weapons strike in a Damascus suburb on 21 August that killed hundreds of civilians.

The government blames the attack on rebels.

Comment from all 20 rebel groups mentioned in the HRW report could not be obtained.

Syrian National Coalition spokesman Khaled Saleh said the SNC condemns all human rights abuses and if any had been committed by rebels affiliated with the coalition, they would face justice.

A member of the Sunni Islamist Ahrar al-Sham said its fighters had killed no civilians in the offensive.

"If someone uses a weapon against you, you have to fight them. If they do not, you must not kill them," said Abu Muhammed al-Husseini, the 30-year-old head of Ahrar al-Sham's political office in Raqqa.

In a written statement, the SNC's Saleh said: "We have previously committed ourselves to applying these rules on all the brigades that work for us and we will hold accountable, after investigation and fair trial, all those responsible for violations against human rights or international laws.

“The incidents in Latakia are not an exception and we will treat them as we treated previous cases." 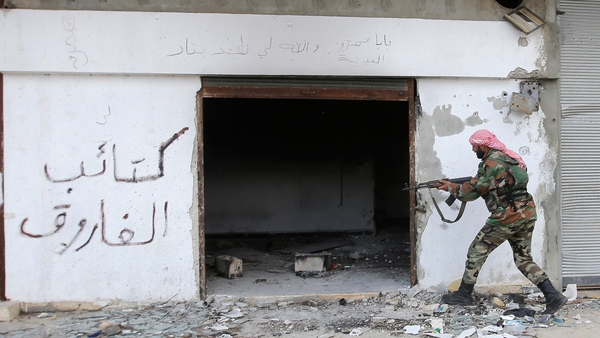