Talks between the Health Service Executive and the Irish Medical Organisation in a bid to resolve the dispute over working hours for junior doctors have been suspended.

The discussions at the Labour Relations Commission are due to resume next Tuesday morning.

The IMO said "progress had been made" and the organisation will continue to engage in the process next week.

They have indicated that further industrial action cannot be ruled out.

The HSE has undertaken that by 14 January 2014, no doctor will work a single shift longer than 24 hours, and that all hospitals will be fully compliant by the end of 2014.

However, the doctors want financial sanctions to be imposed where doctors are forced to work excessive hours.

The HSE has ruled out any sanctions that would involve additional payments for doctors. 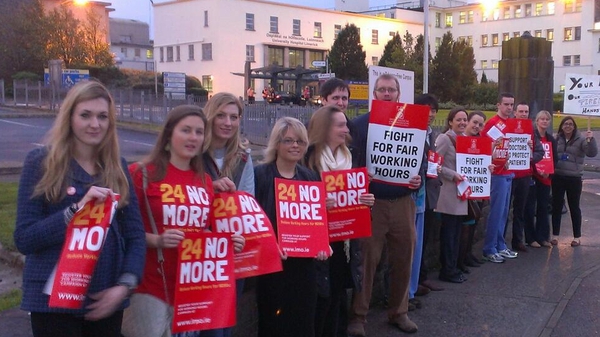