The Vatican has passed a law to make its public finances fully transparent.

Pope Francis has made cleaning up the Vatican's financial reputation one of the main goals of his pontificate.

The Vatican said the law on financial transparency and the prevention of money laundering would cover the city-state's bank and all other departments dealing with money.

It contains articles on internal supervision and cooperation with other countries and law enforcement agencies.

"With this law, I think we are about 99% done in adhering to standards in this area. What remains are details," Vatican spokesman Father Federico Lombardi said.

A report by Moneyval, the Council of Europe's anti-money laundering committee, said last year that while the Holy See had taken steps to improve standards, more needed to be done.

The committee, which carried out the review at the Vatican's request, is due to conduct a new assessment later this year.

Pope Francis, who has appointed a committee to report on how to reform the bank and approved the new law on Sunday, has not ruled out closing the bank if necessary.

It is still under investigation by Italian magistrates on suspicion of money laundering, which it denies. A senior Vatican prelate who was arrested in June goes on trial in December on charges of money smuggling.

The new law incorporates and expands on steps the Vatican has taken in the past two years to meet international standards on fighting money laundering, tax evasion and the financing of terrorism.

It gives greater supervisory and regulatory powers to the Vatican's in-house Financial Information Authority (AIF) to monitor the activities of its bank and other Holy See departments involved in financial activities.

Among other powers, the AIF can make spot checks on Vatican departments, including the bank, rule on the competence and honesty of managers and inspect documents of any department.

In July, the AIF signed a memorandum of understanding with Italian authorities over the exchange of financial and bank information as part of efforts to combat money laundering.

The Vatican bank, whose stated mission is to hold and manage money for the Vatican and orders of Catholic priests and nuns around the world, published the first annual report in its 125-year history last week. 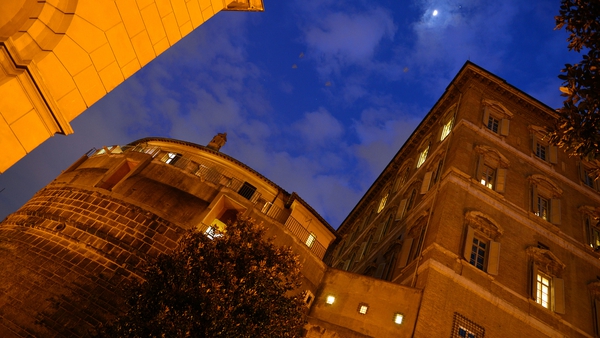