US President Barack Obama has said he would accept a short-term increase in the nation's borrowing authority in order to avoid a crisis.

Mr Obama made his comments amid signs of stepped up efforts to find an exit strategy from the current fiscal crisis both in Congress and at the White House,

But seven days into a partial government shutdown and only ten days from a critical need to raise the nation's debt limit, nothing amounting to a breakthrough was in sight.

The dollar and global equity markets fell with the Standard & Poor's 500 Index closed down 0.9% and the Nasdaq Composite Index fell 1%.

Separately, a Senate aide said Republican Senator Rob Portman, an Ohioan influential on budget issues, was floating a plan to cut federal spending and reform the US tax code as part of a broader deal to reopen shuttered government agencies and raise the government's debt ceiling in order to avoid default.

Mr Obama's press secretary, Jay Carney, told reporters the president would be willing to accept a short-term debt ceiling increase in order to get past the potential crisis date of 17 October when the government hits the $16.7 trillion borrowing limit.

Mr Obama also said he is open to negotiations over his healthcare plan and budget issues, but only after Congress approves measures to end the shutdown and raise the US debt ceiling.

"As soon as that happens I am eager and ready to negotiate with Republicans on a whole range of issues: how do we create more jobs, how do we build the economy, how do we boost manufacturing," Mr Obama said during in a visit to the Federal Emergency Management Agency to spotlight the loss of government services because of the shutdown.

Mr Obama has been particularly resistant to any tampering with his healthcare law, which has experienced a series of problems in the initial rollout.

Any negotiations over it would be aimed at tinkering with it to improve it, not gut funding for it as Republicans want, White House aides have said.

Conservative Republicans in the House of Representatives have resisted funding the government for the current fiscal year until they extract concessions from Mr Obama that would delay or defund his signature healthcare law.

Many conservative Republicans want a similar condition placed on raising the debt ceiling, as well as measures aimed at cutting deficits.

The Pentagon said over the weekend that it would recall around 350,000 of its furloughed civilian workers.

The rest of the 800,000 or so federal employees idled by the shutdown faced another week off the job.

The last big confrontation over the debt ceiling, in August 2011, ended with an 11th-hour agreement under pressure from shaken markets and warnings of an economic catastrophe if there was a default. 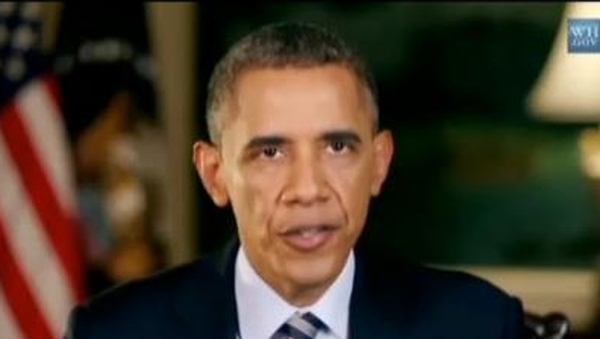 US pentagon to recall 400,000 defence employees