Secretary of State John Kerry has said the US would continue to seek to bring to justice those responsible for conducting acts of terror.

US forces launched raids in Libya and Somalia.

The son of a suspected Islamist militant seized in Tripoli said that his father had been snatched as he returned home from morning prayers by men with Libyan accents.

The Pentagon said Nazih al-Ragye, better known as Abu Anasal-Liby, was detained by US forces.

He had been wanted for his alleged part in the bombings of US embassies in Africa 15 years ago.

His son, Abdullah al Ragye, 20, told reporters at the family home his father had been arriving home from prayers when men pulled up in four cars.

The men knocked him out with some kind of drug and dragged him from his vehicle.

He said he learned the details from his mother who could not speak to the media.

His son said Mr Liby had returned to Libya in October 2012.

Mr Liby, a Libyan believed to be aged 49, has been under US indictment for his alleged role in the bombings of the US embassies in Kenya and Tanzania in 1998 which killed 224 people.

The US government has also been offering a $5m reward for information leading to his capture.

Mr Liby's son denied his father had taken part in those attacks and said the family had hired a lawyer to try to resolve the legal charges he faced.

Target neither captured nor killed

One US official, speaking on condition of anonymity, said the al-Shabaab leader targeted in the operation was neither captured nor killed.

US officials did not identify the target. They said US forces, trying to avoid civilian casualties, disengaged after inflicting some al-Shabaab casualties.

They said no US personnel were wounded or killed in the operation, which one US source said was carried out by a Navy SEAL team.

A Somali intelligence official said the target of the raid at Barawe, about 180km south of Mogadishu, was a Chechen commander, who had been wounded and his guard killed.

Police said a total of seven people were killed.

The New York Times quoted a spokesman for al-Shabaab as saying that one of its fighters had been killed in an exchange of gunfire but that the group had beaten back the assault.

It also quoted an unnamed US security official as saying that the Barawe raid was planned a week and a half ago in response to the al-Shabaab assault on the Westgate shopping mall last month in which at least 67 people died. 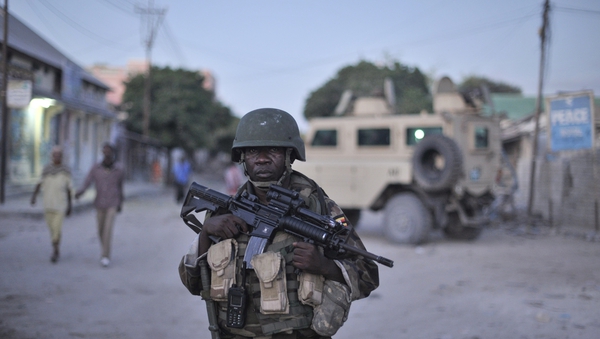