Minister for Finance Michael Noonan has refused to say how far under the planned €3.1bn adjustment he will go in the upcoming Budget.

Speaking as he arrived at the Global Irish Economic Forum at Dublin Castle, he said officials have not arrived at a final figure.

However, he confirmed it will be less than €3.1bn.

He would not be drawn when asked whether the figure would be €3bn, €2.9bn, or less.

Mr Noonan said his aim with the Budget is to beat the deficit target, achieve a primary surplus and to enable Ireland to exit the bailout programme.

He said he wants Ireland to be seen as a safe country to lend to at relatively low interest rates.

Earlier, Minister for Health James Reilly said he is hopeful that there will not be an overrun in the health budget this year.

Mr Reilly said he had been in several long meetings over the past few days with Health Service Executive officials in a bid to meet savings.

He said there had been a 2% increase in demand for health services, but plans had been made for only a 1% increase.

Speaking on RTÉ's Morning Ireland, Mr Reilly said: "We are a demand-led service, we are given a finite sum of money - we get an increased demand - it's very difficult to square that circle."

He also said that €3bn in savings had been achieved over the past number of years, and 10,000 staff had left the health service.

Pressed on whether there would be an overrun in the health budget at the end of the year, he said: "At this moment in time, I haven't given up the fight, and neither has the HSE, we're still working."

He added: "We've had over 16 hours of meetings over the last number of days to try and address this issue, and see if we can manage to get in the budget and meet our targets.

"I am saying dum spiro spero, like our good friends the Romans used to say - where there's life there's hope - and we'll keep working until the last minute to try and make it happen." 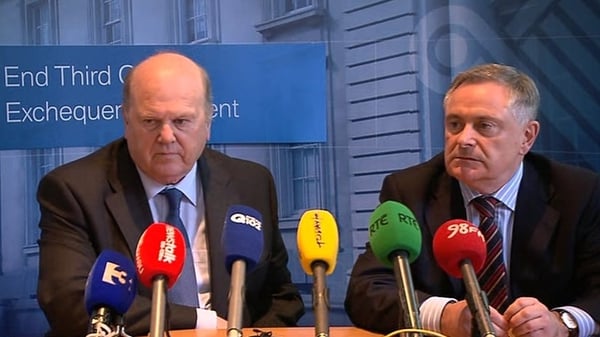