US President Barack Obama has cancelled plans to attend summits in Indonesia and Brunei due to the political impasse over the US government shutdown.

The decision means Mr Obama will no longer depart tomorrow for what had originally been a four-nation, week-long Asia trip.

He had cancelled visits to Malaysia and the Philippines earlier this week because of his budget struggle with Republicans in Congress.

The move to cancel the remaining stops in Indonesia and Brunei, where two summits critical to US interests in Asia are being held, was made on the third day of the shutdown.

It is seen as a sign that the stalemate could linger for days, as Mr Obama and Republicans battle over funding.

"The president made this decision based on the difficulty in moving forward with foreign travel in the face of a shutdown, and his determination to continue pressing his case that Republicans should immediately allow a vote to reopen the government," the White House said.

The deadlock has idled hundreds of thousands of federal government workers.

It comes two weeks before the US faces an even more crucial deadline - raising the US debt limit so the United States can pay its bills.

That issue is also highly disputed.

Secretary of State John Kerry will lead delegations to both countries in place of Mr Obama.

The president had been scheduled to attend the Asia-Pacific Economic Cooperation forum in Bali, Indonesia, and a separate Asia security summit in Brunei.

Mr Obama phoned both President Susilo Bambang Yudhoyono and the Sultan of Brunei to inform them of his decision, the White House said.

Cancelling the trip was a direct result of the budget feud that has enveloped Washington.

Republicans who control the House of Representatives have blocked a vote on legislation to fund the government because they want wide-scale changes to Mr Obama's signature healthcare law, which came into effect on Tuesday.

The White House statement was sharply critical of Republicans, blaming them for the trip's cancellation.

"This completely avoidable shutdown is setting back our ability to create jobs through promotion of US exports and advance US leadership and interests in the largest emerging region in the world," it said.

Mr Obama looks forward to working with Asian allies and returning to the region at a later date, the White House said. 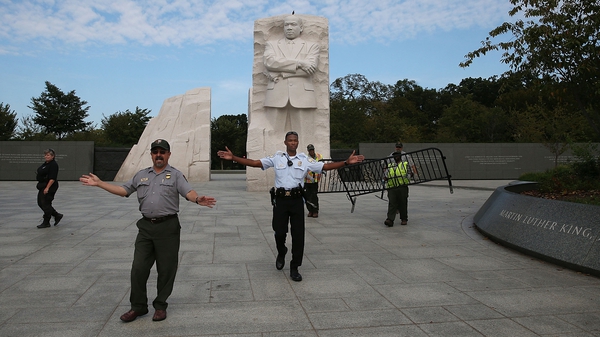