A convoy of four UN vehicles carrying the team departed from a central Damascus hotel and arrived in Beirut later.

Another team of UN experts, charged with starting the process of verifying and eliminating Syria's chemical weapons, landed in Beirut.

About 20 of them arrived on a private flight from the Netherlands, a source at Beirut airport said. They are expected to continue on to Damascus this week.

Their mission, endorsed by the UN Security Council last week, was hammered out by the US and Russia after a 21 August chemical weapons attack in Damascus prompted US threats of air strikes against the Syrian government.

Inspectors who were in the country at the time confirmed that sarin gas was used in the attack, which killed hundreds of people.

President Bashar al-Assad's Western opponents said the inspectors' report left little doubt that his forces were to blame for the attack.

Syrian authorities denied the accusation and Russia has said the inspectors' report did not provide irrefutable proof that Mr Assad's forces were responsible.

"We have presented the evidence we possess ... that lead to the conclusion that this was done by the opposition. And we have serious suspicions that such attempts continue," Russian Foreign Minister Sergei Lavrov told Kommersant newspaper.

Mr Lavrov said Russia is prepared to contribute cash to the Organisation for the Prohibition of Chemical Weapons (OPCW) to fund the weapons-destruction operation, but did not say how much and suggested Russia's main contribution would be personnel.

Michael Mann, a spokesman for European Union foreign policy chief Catherine Ashton, told reporters in Brussels that the EU is "happy to provide technical and financial support" but is awaiting an official request from OPCW.

The inspectors who left Damascus investigated six other alleged cases of chemical weapons use, including three reported around Damascus in the days after the 21 August attack.

Restrictions on media access made it difficult to follow the inspectors' activity inside Syria, but the UN said they would issue a comprehensive report on their findings next month. 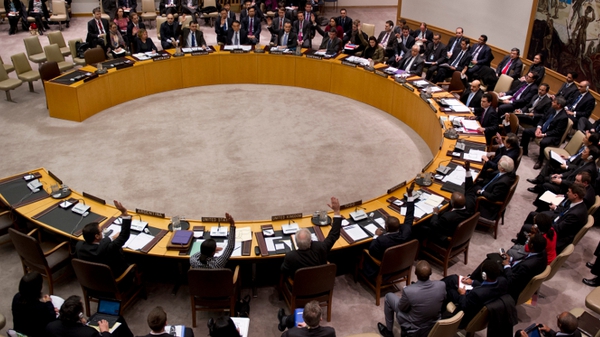