At least 13 people on a migrant boat arriving into Sicily have drowned close to the coast near the eastern city of Ragusa.

Italian authorities said it appears the migrants were trying to disembark from their stranded vessel.

Officials said the boat was carrying around 250 people.

Thousands of migrants have arrived in packed boats to southern Italy this year.

Refugees from the civil war in Syria have added to the near daily arrivals of boats from North Africa. 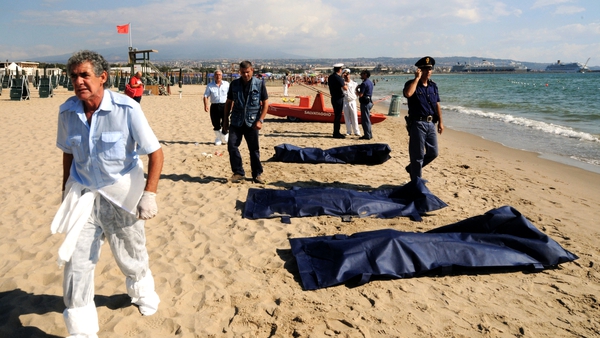 Six African migrants die off Sicily after boat runs aground