A five-storey apartment block collapsed this morning in the Indian financial centre of Mumbai, killing at least four people with over 100 still feared trapped.

Rescue workers pulled dozens of people from the ruins of the building, which is believed to have been about 35 years old.

A spokesman for the Municipal Corporation of Greater Mumbai said dozens of people are still believed to be trapped.

The collapse is the latest in a series of incidents which underscore shoddy building standards in Asia's third-largest economy.

Mumbai mayor Sunil Prabhu said the block was not on an official list of dilapidated buildings.

A shortage of cheap homes has led to a rise in illegal construction.

Some developers use substandard materials and shoddy methods and then offer rock-bottom rents to low-paid workers.

A sharp rise in property prices in densely populated Mumbai over the past five years has put affordable housing out of reach of tens of thousands of people, many of them migrants who move to the city for work. 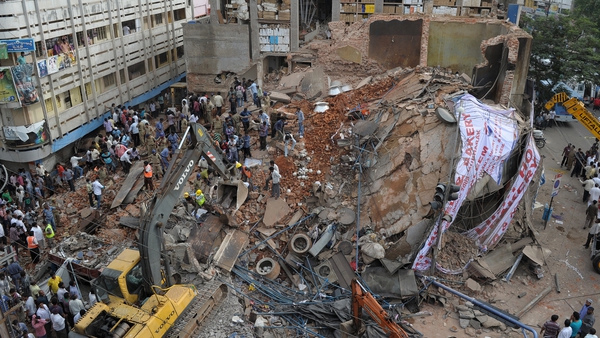