Kilkenny restaurants Campagne and Lady Helen at the Mount Juliet Hotel have both been awarded stars in the 2014 Michelin guide.

Patrick Guilbaud's remains Ireland's only two-star Michelin restaurant with Thornton's at the Fitzwilliam Hotel, Chapter One, L'Ecrivain and bon appétit in Malahide also retaining their Michelin status in Dublin.

Outside the capital, House at the Cliff House Hotel in Waterford and Aniar in Galway also received Michelin stars.

Under the criteria, three stars means exceptional cuisine, worth a special journey; two are for excellent cooking, worth a detour; one denotes a very good restaurant in its category.

Editor of the Michelin Guide Great Britain & Ireland 2014, Rebecca Burr, said: "In the last year we’ve seen the rise of relaxed counter dining but also the opening of some big brasseries.

"Dining is becoming a less structured, less formal affair and opening times and menus are more flexible to reflect the way we live our lives."

In Dublin, Bib Gourmands were awarded to Pichet, Pig's Ear, Downstairs and Brasserie at bon appétit.

There are four three-star restaurants in the new guide, 21 two-star establishments and 142 with one-star.

Michelin upgraded two restaurants to two-star status in the 2014 guide: Dinner by Heston Blumenthal and the Greenhouse, both in London. 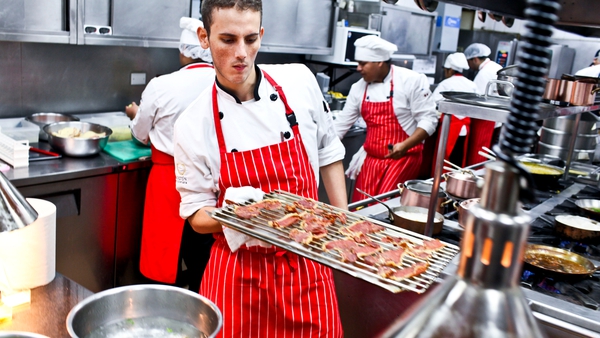 Crucial to keep 9% VAT rate for restaurants in Budget