Ceann Comhairle Sean Barrett has complained about leaks intended to blacken his good name in a row over who should appoint a key member of the Oireachtas staff.

Mr Barrett described the situation as a "shambles" and complained he had been unfairly drawn into the controversy.

The row centres on the appointment of a new Secretary General of the Houses of the Oireachtas.

The Ceann Comhairle wanted Leinster House to demonstrate its independence of government by making a recommendation itself.

However, ministers felt the job should be filled in the normal way for senior civil service appointments.

When Fianna Fáil's Willie O'Dea asked Taoiseach Enda Kenny about the situation, Mr Barrett said he resented being drawn into the controversy, describing himself as "piggy in the middle".

The Ceann Comhairle said legislation dating from 2003 obliged him to carry out certain legal functions and he had convened a meeting of the Oireachtas Commission to do that.

Referring to the "shambles that took place", he said people had leaked material to the media in an attempt to blacken his good name.

Mr Kenny said Minister for Public Expenditure and Reform Brendan Howlin would be bringing a memo to Government on the issue shortly. 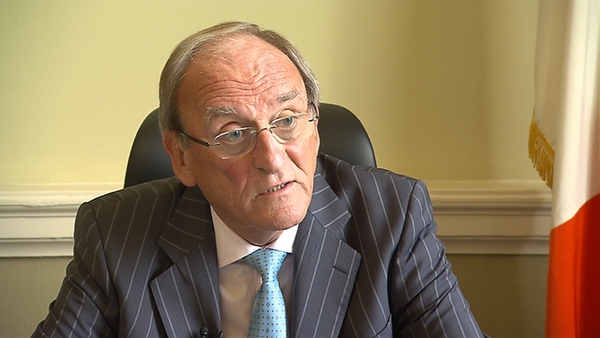