The death toll from a powerful earthquake in southwest Pakistan rose to 327 today after hundreds of mud houses collapsed on residents throughout the remote area.

Pakistan's army airlifted hundreds of soldiers to help with the aftermath of the worst earthquake in the country since 2005, when about 75,000 people were killed.

The earthquake of magnitude 7.7 struck Baluchistan, a huge earthquake-prone province of deserts and rugged mountains, and was felt across South Asia.

It destroyed houses and cut communications with the worst-affected district of Awaran.

It was so powerful it caused a small island to emerge from the Arabian Sea, just off the Pakistani coast.

Rescue teams found it hard to reach the remote location quickly, and some officials said the death toll was likely to rise as emergency workers fanned further into the mountains to assess the damage.

Witnesses described scenes of grief and chaos in villages as row after row of houses were flattened.

To the south, on the beach near Gwadar port, crowds of residents gathered to witness the rare phenomenon of an island that the quake thrust up out of the sea.

The island would not survive long because sea waves would eventually break it down, a National Disaster Management Authority spokesman said.

"This is not a permanent structure, just a body of mud," he added. "It will disappear over time." 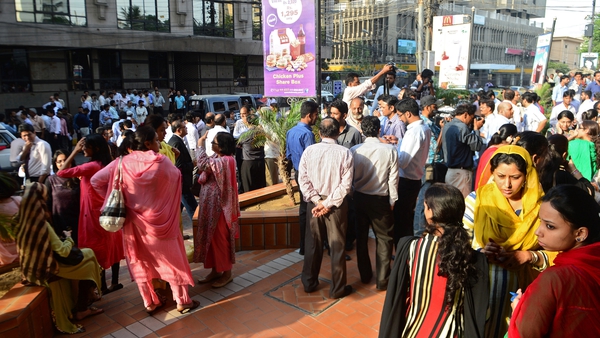