It is the third year running that Ireland has won the top prize.

Emer Hickey, Ciara Judge and Sophie Healy-Thow from Kinsale Community School in Cork came first with their project on the effects of diazotroph bacteria on plant germination.

They represented Ireland at the competition after winning the BT Young Scientist & Technology Exhibition in Dublin earlier this year.

Ms Hickey told RTÉ News they were all "really happy and really shocked" by their win.

The girls, who are aged 15 and 16, were competing against students from all over Europe, including third-level students.

Ireland has taken first prize at the EU contest 15 times over the last 25 years.

In 2011, the top prize went to Alexander Amini from Castleknock College also in Dublin. 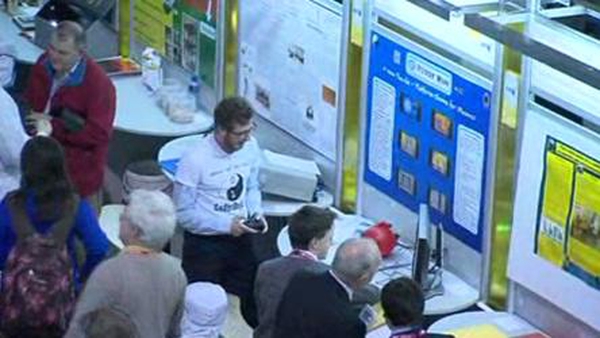