Bike-share schemes have been announced for Cork, Limerick and Galway.

The schemes follow the success of Dublin Bikes in the capital and 700 bikes will be available at 73 docking stations in the three cities.

The ‘Coke Zero Bikes’ scheme was announced by Minister of State Alan Kelly who said Coca-Ireland will be the partner for the project after a bidding process was initiated by the National Transport Authority last year.

Mr Kelly said cycling has grown by 40% in Dublin since the beginning of Dublin Bikes and "it would be great to have similar results in Cork, Limerick and Galway."

"This is a breakthrough day for cycling in Ireland. Cork, Galway & Limerick will be joining the likes of Paris, London, Barcelona and Dublin as the cities which have their own public-bike schemes," he added.

The overall cost is estimated at around €4 million in capital investment with Coca-Cola Ireland investing €3m over five years and operating costs are estimated at €900,000 a year.

The NTA is in the process of tendering for companies to supply, install and maintain the bikes and this is expected to be completed by the end of December with the bikes due to be in operation next July.

Mr Kelly said the Department of Transport and the NTA plans to invest "a combined €12m in cycling and other sustainable transport measures across the three cities" over the next four years. 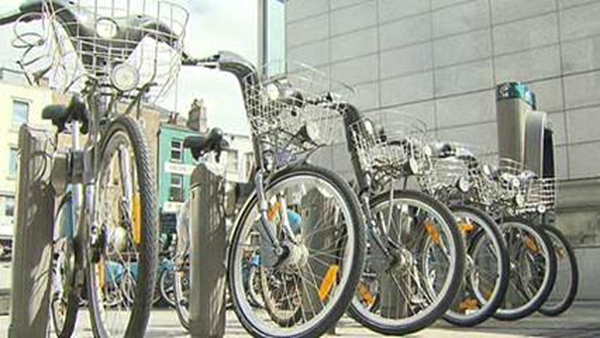 Public bike scheme may be extended to Galway, Cork and Limerick