The Church of Ireland has appointed a female bishop for the first time in its history.

The Reverend Pat Storey has been appointed as the new Bishop of Meath and Kildare.

Speaking to RTÉ News the mother-of-two said she was “totally and utterly daunted” by the appointment.

“I was blind sided, I didn't see it coming. I thought maybe he (Archbishop of Armagh) was joking.”

“I know it is an issue for some, but for me it isn't a big deal. It’s the bishop thing that scares me more,” she revealed.

The 53-year-old currently serves in a parish in Derry City and is married to a Church of Ireland clergyman, the Rev Earl Storey.

Rev Storey studied French and English at Trinity College Dublin, before training at the Church of Ireland Theological College.

She was ordained a deacon in 1997 and a priest the following year. The bishop-elect has been rector of St Augustine's in Derry since 2004.

She also worked for a time as a youth worker in Kill O' The Grange parish in Dublin.

"I have had an extraordinarily happy experience in St Augustine's and in this wonderful city, which I will be sad to leave," she said.

"However, I count it an enormous privilege to begin a new phase of my ministry with the people of Meath and Kildare, and I look forward to working with the team of clergy who are already there.

Rev Storey also said she was looking forward to working with the current team of bishops.

"I’m very comfortable with men. I’m used to working in a male world. I think there will be a good bit of craic in the House of Bishops now with me and eleven men,” she joked.

He said: "Pat herself brings to this work of God a warm personality and a breadth of spiritual gifts to share generously in the church and in the community."

He said: "I have always appreciated Pat's warm personality and her enthusiastic involvement in the life of both the churches and the community here in [Derry].

"I wish her well in this new chapter in her life and her ministry."

Her election follows a period of turmoil in the diocese of Kildare and Meath.

Last spring, the electoral college for the diocese elected Archdeacon Leslie Stevenson. But he withdrew three days before his planned consecration following media reports about his personal life.

The weekend of the archdeacon's withdrawal, three bishops visited him at his home in Co Laois.

Archbishop of Dublin Michael Jackson described it as a pastoral visit.

A reliable source told RTÉ News that Archdeacon Stevenson was told the church would be damaged if he proceeded with his consecration.

When Meath and Kildare's electoral college met again in the summer, it failed to elect a bishop.

The situation in the diocese remained tense and the task of choosing a bishop was passed to the House of Bishops.

Its choice of a female bishop is the first in Britain and Ireland in any major church. 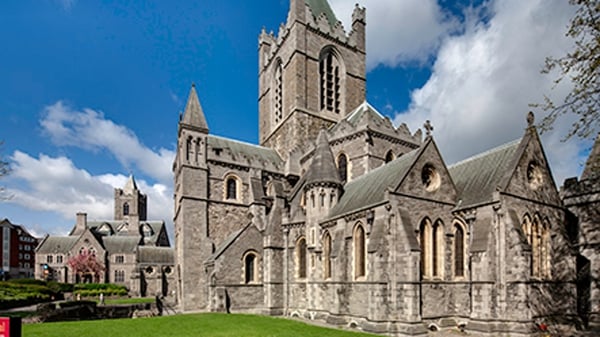