Concerns have been raised about hand hygiene standards at five hospitals after inspections by the Health Information and Quality Authority.

A pre-arranged visit was made to Letterkenny General Hospital in Donegal earlier this year.

The report found that poor hand hygiene practices at St James's Hospital presented a serious risk to the health and welfare of patients at the hospital.

Although inspectors found evidence of some good cleaning practices, they also observed unclean shower trays and mould-like substances in the shower rooms.

Blood-stained cotton wool was disposed of in the wrong bins and needle stick bins were not secured properly.

Some hazardous solutions and medicines that were not securely stored were also discovered.

The emergency department was found to be cluttered due to overcrowding, making continuous and adequate cleaning difficult.

Some damage and disrepair of furnishings, flooring and paintwork along with overflowing bins were also observed.

The report says the hospital must now develop a quality improvement plan, which it must publish within six weeks.

HIQA said it will continue to monitor the hospital's plan to ensure the public that it is making improvements.

HIQA found that patients at the Royal Victoria Eye and Ear Hospital were placed at risk of contracting infection due to poor standard hand hygiene.

Investigators found that a culture of hand hygiene practice was not embedded at all levels in the hospital.

66% of the hand hygiene opportunities observed by the authority in the emergency department were not compliant with best practice, placing patients at risk.

Some sinks in the patients' area of the emergency department and west wing were found to contain a mould-like substance.

The authority also found that hand wash sinks in some clinical areas were unclean and posed a risk to patients from the spread of infection.

HIQA said there was an onus on the hospital to develop a quality improvement plan to become fully compliant with the appropriate standards of cleanliness and hygiene.

The findings arose from an unannounced visit to the hospital on 20 August.

Overall, HIQA found that improvements were required in the cleanliness of the environment in both areas assessed, with some exceptions.

Hand hygiene in a hospital in south county Dublin was not up to standard to prevent and contain the spread of infection, according to the most recent inspection of St Columcille's Hospital.

Observers concluded that hand hygiene is not yet operationally embedded throughout the hospital.

In a generally positive assessment of the hospital across two categories of unannounced inspection, HIQA did find that staff it spoke to were unaware of hand hygiene safety precautions, despite being in patient areas throughout their working day.

The inspection was carried out on 7 August last.

The authority's report said it observed 24 hand hygiene opportunities during a monitoring session of which 17 were actually taken.

Of these the majority, 15, complied with best practice.

The hospital has been told to develop a quality improvement plan to be fully compliant with national standards for the prevention and control of healthcare associated infections.

HIQA's inspection found good practice in the area of environment and facilities management with clean furnishings and surfaces.

It also found a good standard of waste segregation and management of linen.

However, it had concerns about the risk of needle stick injury to staff from the closure mechanism on sharps bins.

The authority also found evidence of bins being full to the brim, rather than having been emptied at two thirds full to ensure secure closure.

Hygiene practices at Kerry General Hospital in Tralee were inconsistent with national standards and posed a clear risk to patients of contracting infection.

HIQA inspectors observed 22 hand hygiene opportunities during their unannounced visit four weeks ago, but only half of these were taken.

HIQA has instructed the hospital to draw up a plan to improve hand hygiene among staff, and says it will continue to monitor the facility.

It is run by the Health Service Executive and is the main public health treatment centre for the county.

The announced inspection was carried out on 5 June.

While attendances at mandatory hand hygiene training had improved since an unannounced monitoring assessment on 27 February, inspectors said there were still problems.

Some areas had achieved 100% compliance, but the overall training rate on 5 June was just 66%.

HIQA found that the cleanliness of the hospital had improved since February.

However, inspectors said further improvement is needed to ensure that the cleanliness of the physical environment and equipment is effectively managed and maintained.

The report said the hospital was partially compliant with the National Standards for the Prevention and Control of Healthcare Associated Infections, but that it must now develop a quality improvement plan.

A €10m rebuilding plan was announced this week to reinstate water damaged areas of the facility. 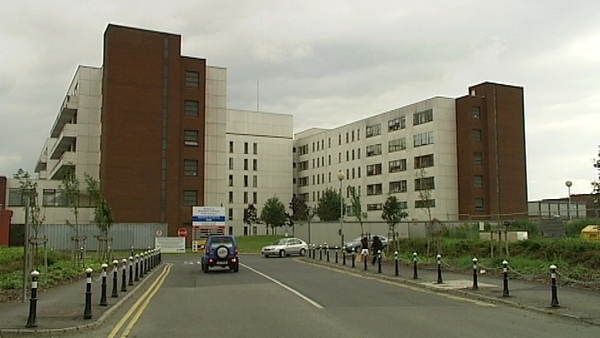