The Nevin Economic Research Institute has suggested the Government could afford to abandon spending cuts in the Budget by raising additional income tax from the top 10% of households.

NERI said the Budget should be restructured to hit deficit reduction targets without additional cuts in spending.

It said a €2 billion adjustment would be sufficient, comprising €1.65 billion in extra tax and the €350 million in savings from the Haddington Road Agreement.

It said an extra €400 million of income tax could be raised from households in the top 10% of the income distribution, which is where gross earnings exceed €109,000 a year.

NERI said this can be done by adjusting the definition of taxable income and ending some tax breaks, and not by increasing marginal tax rates.

IBEC spokesman Fergal O'Brien has rejected calls from NERI and others to increase taxes on higher earners.

Speaking on RTÉ's Morning Ireland, he said: "I think Nevin and the trade unions are very wrong on this.

"I think that the notion that we can put another mountain of tax on an already over-taxed economy and overtaxed households I think is ideologically flawed.

"I think it's poor economics and I think it shows a misunderstanding of how job creation and enterprise creation happen in this economy."

Mr O'Brien said Ireland does not need to increase taxes.

"We do have the most progressive tax system that you will find in the developed world, so that's not where we're out of line," he said.

"I think it's very flawed to say we can heap more tax on this economy, because we're seeing diminishing returns now.

Mr O'Brien said he agrees that the Budget adjustment need not be the planned €3.1bn.

He said: "I would agree with the trade unions on this, there is an opportunity to do somewhat less of an adjustment. We would say about €2.5bn."

However, he said the adjustment should be made by cutting spending rather than through any new taxation measures. 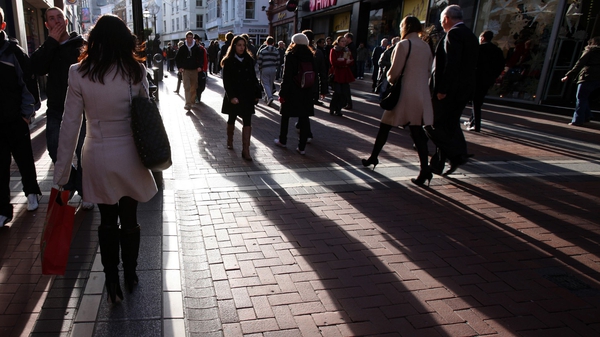